What Next For Ibiza. 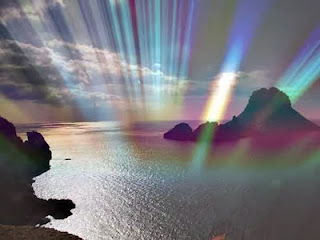 There is a school of thought that says Ibiza is always changing. I would prefer to think that Ibiza never changes, its the people that pass through its consciousness that change. There is a delicate and fragile side to Ibiza, that co-exists with all the gaudiness and exuberance of the summer months. A side that exists nearly on another plane, timidly looking on as the island parties hard. It has managed to exist, not so much in harmony, but in a survival and adaptive mode for many decades. It hides behind the loud, brash and fast pace of summer life – allowing the madness to distract attention away from its true identity. Turning adversity to its advantage. This side of Ibiza, the beautiful but raw earthy nature of its interior, rarely changes, but people do and this is where one must look for direction on what the future holds for the stereotypical view of Ibiza as a partying island.

The biggest driver of change in Ibiza at present, is the powerful Matutes group, who are developing the clubbing resort of Playa Den Bossa at a rate of knots – from a three star resort to a 5 star luxury one. VIP is being replaced by VRP (very rich people) but then Ibiza is doing what it is good at – providing a fun, holiday experience, in a free, open and non judgemental environment. There are critics of the Matutes group and opinion is always divided on them, but one thing that can be said is that they are Ibicenco and  their style, although a well heeled one, is uniquely of the island. The Matutes have always been an industrious family,
wanting to climb, build and create things. They were the islands original bankers and the first to establish a professional chain of hotels on the island. The old don of the family, Abel Matutes, was the first Ibicenco to hold a senior ministerial post in the Spanish government an honour he held from 1996 to 2001. The family have many business interests, including the Balearia ferry company and own numerous land banks. They have always been in the business of trading and now want to cater to the rich, new money that is flooding into Ibiza as they feel a market is present to trade in it. Why charge €100 for a product when somebody is willing to pay €1000… it’s a no brainer really. But not everybody agrees with their modus operandi.

The smaller, independent businesses, who would not have access to the investment capital that the Matutes have, are the ones that are finding it increasingly difficult to survive and compete in Ibiza. They are in the main family companies, small hotels, bars and restaurants trading on the old package tourist model of the 80’s and 90’s. For them tourism has changed a lot in recent years, mainly due to the internet and online revolution, an area that is still being resisted in certain parts of the island. Many of the older stock see it as a necessary evil and are slowing beginning to adapt to the changes it brings. Internet speeds in Ibiza are on average slow, with 25 meg speeds considered fast. Investment in fibre broadband should be a priority for such a small island, as many now recognise the growing importance of the online tourism market, as that’s where the customers now live. For small, local business in Ibiza, this is where the future lies, attracting customers with their own brand of unique identity. Lack of credit is holding many back, as they need to refurbish and improve their product, but their strengths will always be their individual character and personality. This is what they need to communicate and market and it can only really be done properly by themselves, as effective online marketing requires a hands on understanding of the concept. They are ideally never going to attract a high end party customer who wants the fast service, quality product and luxurious, bling surroundings that they are accustomed to around the major cities of the World. Theirs is a niche market, but very important to the island, as it attracts a different type of client one who respects and understands what the real Ibiza is about….culture rather than fashion.

In my opinion there is a place for what the Matutes want to do. It’s all part of the unique diversity and eclectic mix of the island. I can see no problem with a sustainable development of Playa Den Bossa as long as its confined to that area. A West End for the wealthy. While I am not a fan of golf, at least the business is a green one and there is a healthy winter market for golf destinations in Europe. Let Playa Den Bossa become the five star VRP resort of Ibiza and San Antonio develop with a more local and independent flavour. In an ideal world, the whole North of the island should be designated a natural park, in fact draw a line across the map from Ibiza town to San Antonio and anything North of that should be development free. If that balance could be achieved, then the two sides of Ibiza could live together, because as much as we would like to, we cannot halt progress. Compromise has always been a key factor of Ibiza life. Its easy for people and groups to get entrenched in their own particular point of view and one feels the island is approaching a major crossroads at the moment. Who can tell what the future holds for Ibiza, as the island surprises and has its own way of sorting problems out. The most important element is that change comes from within Ibiza, not outside it. I have always had the feeling that Ibiza serves a greater purpose and the words of writer Pedro Zarraluki best describes this theory “No traveller can say that the island owes him anything, because he will never be sure that he has visited this land that ignores him“