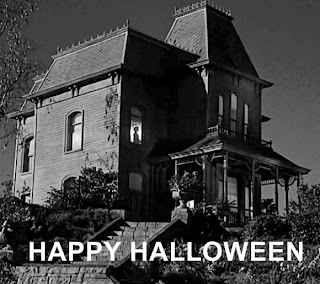 On the night where the veil between the worlds of the living and the dead is at its most transparent, we take a look at one of Ibiza’s most notorious buildings, the premises currently trading as Booom. Up to now, the urban myth that locals would talk of, was that the premises was jinxed or cursed. Three of its previous tenants Angles, Penelope and Heaven, had all checked in but never checked out and the venue was in a state of decay, until it was controversially resurrected by Giuseppe Cipriani and Danny Whittle in 2012. Haunted by licencing problems and an over confident refurbishment plan, the club known as Booom, failed to open on time. Legal wrangling behind the scenes, then witnessed the Club loose its original name, before the grim reaper knocked on its door with an eviction order that may ultimately deliver its fate. Headline acts failed to materialise and some people were unable to leave the premises as doors mysteriously failed to open, bringing to mind the famous Eagles lyrics ” You can check out any time you like, but you can never leave“

One of the islands best known brands, Defected Records, were also plagued and haunted by misfortune. They had to find new lodgings at three separate venues, Savannah, Eden and Sankeys. On its first night at Sankeys, the Defected party was badly disrupted as the sound system failed. When they finally moved into their new home at Booom, the party was forced to abandon one of its nights after a fire extinguisher exploded into the DJ booth. Nothing like this had ever befallen Defected during its long history on the island. Other parties at the club were not so lucky – Circus, Be Crazy, Chaos Colores, Eject, Get Physical and Limelight Beat, were all cancelled. Luciano was the biggest DJ name to associate with the club and for the first time in his career, he had one of his quietest seasons ever. The Naomi Campbell birthday bash was another high profile event to be cancelled, as was the strange case of the Avicii disappearance, where he seemed to vanish from the club for unknown reasons. 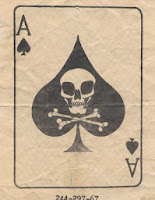 How much of the above events are just co-incidence, or the result of an over-populated party season in Ibiza, is open for discussion. They will certainly add fuel to the theory that the venue is jinxed, as it is unusual, for so much bad luck and misfortune to fall on one building and its occupants in just 10 months. What does the future hold for Cipriani’s Frankenstein monster, which now seems to exist in the Zombie world of the walking dead? The grim reapers eviction order hangs over the premises and there are rumours that much of the current management team will not be associated with the club next season. Mr Cipriani is a shrewd businessman and a talented player, who should know the best time to hold, or fold his cards. At the moment he had decided to hold them until the river is dealt. One would have to admire his tenacity for staying in the game up until now – many would have thrown in their cards, as the percentage call would dictate. If the buildings past history is any form to go by, I personally would not like to be betting on its future as a nightclub. The blog would like to wish all our readers a Happy Halloween!!