Swedish House Mafia Break Up – The Reasons Why? 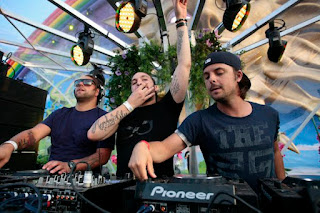 After the blog published the exclusive Swedish House Mafia break-up story back in April, loyal Swedish House Mafia fans worldwide, are asking the same question about the imminent break up…..why? The Blog can now exclusively disclose that the trio had reportabley tired of each others company as early as summer 2011. Axwell in particular, wanted to pursue a different path for SHM than Sebastian Ingrosso and Steve Angello and felt that his contribution to the group may have been undervalued. Other decisions, including the move by Ingrosso and Angello to drop original SHM manager Amy Thopmson for Roc Nation and the withdrawal from both the Pacha and Privilege residencies in Ibiza, led to further strains within the close working environment of the trio. When three big ego’s collide, personal space behind the decks, becomes a very small and uncomfortable area to be in. Like a marriage thats not working, its best for the people concerned to leave before things get nasty. Counselling in this case did not work and it will be a sad occasion for millions of Swedish House Mafia fans worldwide as the trio depart to go their separate ways. Ingrosso’s recent comment in the Rolling Stones magazine, where he compared SHM to The Beatles, may have contributed to further tension. SHM have proved that they are talented DJ’s and producers with a Midas touch and will no doubt, go on to successful and distinguished solo careers. Reports suggest that there will be no “Farewell” party and that the contracted dates for 2012 will be the final time they will perform as a trio. Rumours that it may also be an elaborate commercial hoax to drum up ticket sales and extra publicity are unlikely to be true.