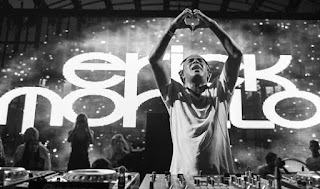 Subliminal, which heads into its 14th season in Ibiza this summer, as a resident at Pacha on Wednesday nights, will soon confirm its home for 2013. In a Facebook announcement yesterday, Subliminal, stated that its Opening party for Ibiza 2013, would take place on Wednesday, May 29th, however, it did not clarify at what venue, the Opening party would be held. The omission to clarify a venue, has fuelled speculation, that the much loved and admired party, may be about to move from Pacha. If it does move, the venue that the Subliminal party is most likely to associate with is Danny Whittles new club at the old Penelope’s site.

Erick Morillo, has consistently been one of Ibiza’s best DJ’s for over 15 years and his respect within the industry is held high. His music is closely married to the Balearic House beat and his style is always welcomed on the Island for its flair and creativity. A close friend, of both Whittle and Giuseppe Cipriani, (the owner of a new club to be launched this summer with Whittle as its manager), Morillo is sure to be contemplating his options for the labels future in Ibiza, especially with Pacha embarking on a new direction. If Subliminal are to move to Whittles club, then the Facebook statement not clarifying its 2013 home would make sense,as the new club only recently received planning permission to proceed and has not announced its branding or new name yet. Similarly Defected, who are also rumoured to be joining Whittle’s new club, have not been in a position to announce their 2013 home, as they too await the official launch and naming of the club.

Both Subliminal and Defected, would be two great parties for any club to have resident and if it turns out that they will be associated with a different club in Ibiza, then that club is sure to attract a more discerning crowd into their House music. Its all part of exciting developments in Ibiza, which is currently undergoing big transformations on its clubbing landscape. Pacha will soon unveil its brand new and keenly anticipated programme for 2013, which is set to include Mike and Claire McKay,last seen associated to an Ibiza club, way back in 2006. There are still many surprises to come, in what will be a big year to remember on the small Island of Ibiza. Stay tuned to the blog, as we will update on any official news, as soon as its posted by the relevant promoters. UPDATE 3/2/12 Subliminal and Morillo confirm Pacha as 2013 Ibiza Venue.
UPDATE 11/2/12 Subliminal remove above announcement from Facebook