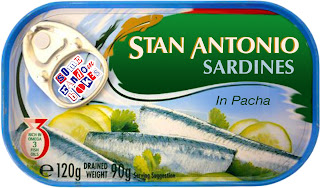 Lost a phone in a Taxi in Ibiza? Then you might empathise with this video, shot in San Antonio and capturing the trials and tribulations of some of those who flock to the White Isle to party every summer. Its a light hearted and fun look at how commercial Ibiza has become in recent years. It holds a mirror up to the whole VIP and cash burning concept that is prevalent on some parts of the Island. It follows the “(mis)adventures of hapless wannabe clubber Stan Antonio, as he chases girls who are way out of his league, gets ripped off left right and centre and gradually disintegrates into disco derangement, after falling prey to a series of misfortunes all-too-recognisable to anyone who has spent time on ‘the white isle”

Albeit a bit cheesy (but so are a lot of David Guettas tracks) its a catchy tune in its own right and is an earworm of a melody that might just catch on. An ideal drinking song for the West End, as it sticks two fingers up to the Stand and Deliver, €10 a bottle water charge, of the Ibiza Super Clubs and VIP haunts. One of my favourite lines of the song is “I spent a small fortune now I’m a trendsetter….. I’ve just made a hefty transfer payment to the bank of David Guetta”.  Mixmag are already calling it the “Ibiza Viral Hit of the Summer” and Judge Jules has labelled it “Brilliant“. The producers of the track, are a group of friends who love and have worked on the Island for over a decade and we wish them the very best of luck with the single, which is available for download on iTunes now and in the 24 hour supermarket at the egg roundabout in San Antonio (while stocks last) :-).