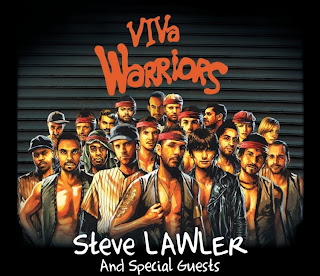 As we approached tonight’s playground in the form of Sankeys Ibiza, there was a growing collective of techno driven warriors gathering outside. The excitement in the air was growing as people began to flow through those familiar red doors of Sankeys Ibiza. As a Sankeys Manchester regular, there was a sense of apprehension about visiting Sankeys Ibiza and I was eager to find out if it could live up to its older sister’s reputation. I’d heard good things, but could the experience stand its own against the original?  More importantly, could Sankeys Ibiza become a new favourite on the island amongst the party population?

A sudden sense of deja-vu hit us as we entered The Basement. The low ceilings, the smoke filled room, that giant LED screen and minimalistic décor. It all looked so recognisable. The place was almost identical to Manchester but had a more run-down feel to it, which brilliantly coincided with the VIVa Warriors theme of the night. Snippets of Warrior samples and tribal horns sounded throughout the night, every time receiving a dignified response from the crowd. Philip Bader, introduced us to Sankey’s crisp sound system, rattling out a formation of tech house that warmed up the crowd perfectly. As his set developed and the crowd grew, you could feel the intensity rising. From behind the decks, head bands imprinted with the ‘Viva Warriors’ logo began to fly out to the crowd, hands frantically trying to grab a piece of memorabilia of the night.
Darius Syrossian appeared donning a native Indian head dress and instantly made his arrival known entering the dance with his own “Who’s the douche?” A new leader had emerged for the sea of warriors to worship. Those murky horns rang out around The Basement and VIVa Warriors was in full swing. Darius continued to roll through his set, playing an array of his own creations and a number of dance floor favourites, including a mashup of Noir &; Haze’s, Around, which had the entire crowd singing in unison. Before we knew it Darius was showing his appreciation to the crowd. An hour flew by and the name ‘Steve Lawler’ appeared across the LED screen and he took his place behind the decks.
Steve brought his usual A-game with him. We wouldn’t expect anything less. His set flowed with a techier feel too. The selection was on point as Steve drew for tracks that were older than the majority of the crowd inside but followed it up with something new and stimulating. His new rework collaboration with Detlef “Work It To The Bone” went down a treat. The mixing was tight and would often tease the crowd, with plenty of build ups that would drop into a frenzy. The night was laced with energy from start to finish and each DJ had their part to play. The vibes were some of the best we had witnessed during our time in Ibiza.