Return Of Paris Hilton to Ibiza. 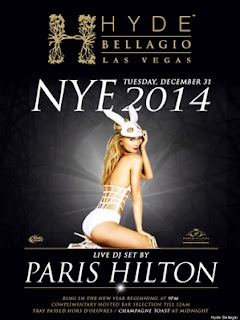 The multi-talented Paris Hilton, has confirmed that she will be making a triumphant return to Ibiza for the 2014 summer season. After the success of her four appearances at the Foam and Diamonds party at Amnesia in 2013, Ms Hilton confirmed to TMZ, that she would be “playing this summer” as well. With tongue firmly in cheek, she also claimed that she was, “one of the top 5 in the world”, most likely referring to her DJ skills. While the press and electronic music purists, will have a field day with her “Top 5” claim, Ms Hilton, will take full advantage of the media storm that howls any time she encroaches onto the hallowed ground of the celebrity DJ preserve. Paris Hiltons DJ career is the spawn of the “Fake ass, button pushing, no mixin DJ’s and producers” era which DJ Sneak and Camoflaug3 so eloquently referred to. She is its natural progression. Is she to blame for it?…..No, she is not. It is the music industry’s corporate greed mentality, that is responsible. The manufactured, plastic and marketed package, that appeals to the lowest common denominator of human existence – celebrity appeal, where its all about image, not substance or talent.

It all started in 1965, when The Monkees were “produced” in Los Angeles (the same parish as Las Vegas) to capitalise on the Beatles phenomenon. They were the brainchild of TV producers Bob Rafelson and Bert Schneider, who employed them to act and look good for the media – musical talent was not required. Davy Jones was drafted in to appeal directly to the American love and market for all things English. The Monkees famously could not play any musical instruments but recorded three international #1 hits and at their peak in 1967, outsold the Beatles and the Rolling Stones. They inspired countless Boy Bands and other fake ass creations, most notably the German lip syncers Milli Vanilli, who were exposed in 1990, after its lead singer told Time Magazine that he was the “New Elvis”. In 2012, Swedish House Mafia member Sebastian Ingrosso, informed Rolling Stone magazine “what the Beatles have done is what we do today”. The only similarity the Swedish trio have with the Beatles, is that both are no longer in existence.

Paris Hiltons “Top 5 in the World” comment was most probably contrived to attract attention to her “Brand”. She is a shrewd business woman in the same league as Simon Cowell and people of his ilk, manipulating the media for their own gain. But they are only feeding the insatiable animal that exists for their product, and like it or not, they will be relevant until that hunger diminishes. Since the dawn of time man has yearned for celebrity showmanship, from pagan sacrifice to the Colosseum of Rome and the Bellagio, we have screamed and frenzied for the show. When Paris Hilton makes an appearance in Ibiza for summer 2014, the paparazzi will be falling over themselves to photograph her, while at the same time finding fault in her technique. She will bring much attention to the island and fill column inches and rich villas, with Ibiza related keywords and friends. In a way, it has to be welcomed as a cleaner alternative to the gutter press that the Peru Drug muling story attracted. While she is a player in the industry, she is not the only one doing it. At least she remains true to her style and has not sold out like other DJ’s, who have run down Ibiza for not paying them enough for their services.