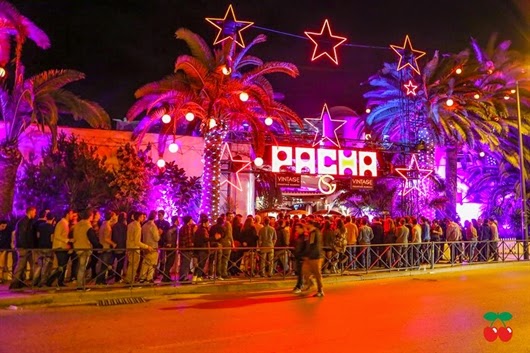 The classic Ibiza brand, Pacha, which chartered a new music direction in 2013, will head into the 2015 summer season, with a solid program that will reflect a leaning towards an EDM theme. The new in house team behind the music program, Jessica Capaz and the evergreen Francisco Ferrer, have played it safe and relied on acts that will fill the revenue generating VIP areas of the club. Steve Aoki will be officially announced as the new Monday party, a night that the club has had problems with in the past. Aoki will be the fourth new Monday party in as many years, after Tiesto, Epica, and Ibiza Rocks House. Aoki is a solid performer, who attracts a loyal crowd and it is hoped that he will bring stability to Monday nights. While rumoured for a move to Wednesdays, latest dispatches from Ibiza suggest that Flower Power will retain the Tuesday night slot, as the gossip now suggests that Luciano is heading to Space. If confirmed, this is a big call by the Pacha team and it will be interesting to see if Luciano retains his slot at Destino this summer.

A brand new party is expected for Wednesday nights at Pacha and word on the ground is that it will be a Future House party, which reflects a back to basics approach at the club. With an over saturated Min Tech scene, a return to the House music genre, will be welcomed by the Pacha faithful. An official announcement on this new party is expected in the coming weeks but it would be good to see a Spinnin Records artist on the bill after the success of Bullit last year. Thursdays will welcome the return of the King of Pacha, David Guetta, who for the first time in a decade, will miss three consecutive dates in September. The FMIF party remains the clubs most profitable night and while not as hot as previous years, it’s still a ticket very much in demand. Speculation suggests that MK will head up Friday nights but this has yet to be confirmed by Pacha. However, MK would fit in very nicely to Pacha’s shiny new program. The ever popular Pure Pacha will be hosted by Bob Sinclair this season and it should be another successful party which attracts a fun, Saturday night crowd.

Official news that Solomun will return to his Sunday night slot, is expected to be confirmed by Pacha this week. The Bosnian DJ was very much in demand during the winter months and Pacha had to fight to retain his services. His, was one of the best parties on the island last season and a perfect fit at Pacha, providing the club with a trendy credibility. At this early stage, I would predict the Solomun+1 party, to be one of the hot tickets in Ibiza this summer. The 2015 season looks set to be a year of consolidation at Pacha, playing it safe with well established, headlining artists, that reflect the Club’s classic roots. Pacha will never be an underground club and this seasons music program looks to reaffirm its successful luxury brand, established with the help of Danny Whittle in the noughties. The Pacha experience has always been unique and indigenous to the island of Ibiza and this summer, the team at Pacha are aiming for stability into the future.