No Sleep For Syrossian 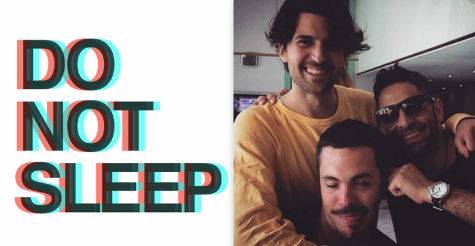 Ex Sankeys and Tribal Sessions resident, Darius Syrossian, who recently departed David Vincent’s Bossa club on acrimonious terms, is to head up a brand new party called, Do Not Sleep. Syrossian will be joined by his good friends Sidney Charles and German DJ, Santé, who will be holding residency from July 12 in the Vista Club, where Elrow made its name before moving to Space. Other names being connected to, Do Not Sleep, are Heidi, Dennis Ferrer, Totally Enormous Extinct Dinosaurs, Cajmere, and Breach. Even at this early stage the party looks an exciting one and will target the British market on Sundays, after the demise of We Love at Space. Rumours in Ibiza are suggesting that the party has bagged some excellent guests which will be revealed next week. The departure of Charles and Santé from Sankeys in support of Syrossian has been a big news story on the island with many people waiting expectantly to see where they would end up. The trio are also rumoured to be playing the famous Space Opening party, which takes place on Sunday May 31.

Its a coup for promoters, Electric Ibiza, to sign the trio and to place them in an excellent room such as the Vista Club on a Sunday, in the hope that it will attract the We Love kids from Space. A bold piece of marketing that may pay dividends for the party, which has a real edge to it, especially with the resident DJ’s having a point to prove as it goes head to head with Viva Warriors at Sankeys. The trio are also rumoured for a Kehakuma residency which will also include a Kompakt Records showcase this season. Do Not Sleep will benefit from one of the Islands best sound rigs, the Pure Grooves system from America, which has been smashing venues and Festivals all over the World. Its heartening to see fresh, new parties emerging on the island this summer and the season ahead, promises to be one of the best in many years.