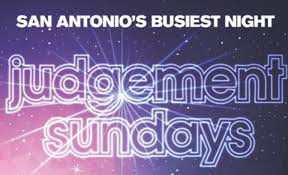 As the Judgement Sunday Team plan their fourteenth season in Ibiza, they are rumoured to be considering options to improve and revamp the party for next summer. Those options would most likely include a change of venue, as Eden has become tired. One of the fundamental structures of the brand is its Sunday night tag, so if it was to move from Eden, it would have to be a Sunday night slot that it relocated to. The party has built up a well earned reputation with the San Antonio clubber, so it would also be expected to remain in San Antonio. This would give the Judgement Sunday team just one option, a move to its next door neighbour Es Paradis. At present, the more party orientated Fabulush night is resident in Es Paradis on Sundays. While not ideal, due to the acoustics of the club, Es Paradis, would be the next best choice for Judgement Sundays in San Antonio. That said, both Amnesia and Privilege would be better options and personally, I would think that a move to either of the San Rafel clubs, would not affect the “San Antonios biggest night” slogan too much, especially if the party was to improve and freshen up its experience with a new venue. The blog will keep you updated with any more news, which for now, is just rumour and speculation.