Just when the Americans thought they had the Holy Grail of electronic music in their well manicured hands, Ibiza raises its game and takes it back to where it rightly belongs – on a special and unique island, located close to the cradle of civilization in the Mediterranean sea. For the many purists and connoisseurs of the dance music genre, there is only one Ibiza, and while she may lend out her prize possession to venues around the World, her art will always belong to the island, as that it where the creativity and magic is nurtured. It is this special undercurrent of raw energy that feeds into the desire to create a good party, that connects the people to the music in such a unique way. This season has all the hallmarks of a summer rich in potential, as Ibiza steps up to the mark and answers the challenge from America. A Ryder cup playoff between two great continents and Ibiza is ready for the call this summer, with a Top class list of players waiting to excite. Below is a list of parties and events that we expect to shake up the party season in Ibiza this summer.

A huge and positive response to the exclusive news we ran on this story earlier this week, making it the most read piece ever published on my blog. Every DJ will want to play this party – such is the respect it holds throughout the industry. Luciano is being tipped to appear, as is the original Tribal Sessions DJ and co-founder Greg Vickers, who will come out of retirement to play at it. One of the hottest, up-coming DJ’s in house Music at present, Darius Syrossian, will headline the party which kicks off on Thursday, June 5th, for a run of 18 weeks at Sankeys Ibiza, Playa Den Bossa, closing on October 2nd. With an open and free music policy, expect the unexpected at Tribal Sessions this summer in Ibiza with some big name guests lined up. 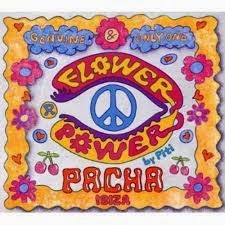 The decision by Pacha to run its Flower Power party as a weekly event for the first time last year, paid huge dividends, as it opened the night to a new generation of party goer, who made the event so popular across the board. The fun atmosphere, where everybody made the effort to dress up and reflect the unique Ibiza Hippy vibe, was a joy to see. We expect the Hippy trend to be big in Ibiza this summer and every Tuesday, the Flower Power party is expected to ride the crest of that wave.

This party had one of the freshest atmospheres of all last season in Ibiza. A young, up for it crowd, great attitude and even better music and DJ’s and MC’s with serious skill and talent. Raw, urban and the electric vibe made the Together Party at Amnesia one of our highlights of last season and we cant wait for it to come back. Quality Dubstep and Base sounds, from the likes of  Rudimental, Sub Focas, Knife Party, Afrojack and Chase and Status are expected to blast from the massive Amnesia Sound system as the famous ice cannons explode onto the crowds. The Terrace was where it was all happening last year and expect it to be better again this summer. 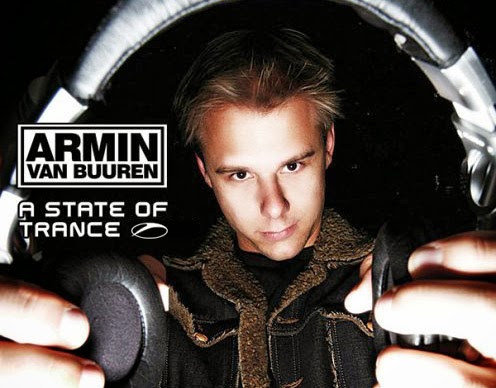 Having departed Privilege, Armin Van Buuren brings his award winning ASOT party to the open air environment of Ushuaia this summer. While not yet confirmed, our sources in Ibiza are confident that Van Buuren will sign with Ushuaia and most likely fill the Thursday slot left vacant by the departure of Loco Dice who is rumoured to be moving to Amnesia on Fridays. The open air venue should suit Armin Van Buurens style and his party is sure to attract a big crowd, for one of the best Trance parties on the island this summer.

One of the coolest and smoothest DJ’s on the island at present. His style fits Pacha like a glove and the partnership is a marriage made in heaven, as both compliment each other so well. His Solomun+1 concept, where he plays back to back with just one guest each week, worked a treat last summer. A sophisticated and refined music style that had the worlds leading player Ronaldo, wanting to shake his hand in the DJ box last season. Book a table on the VIP section, sit back and enjoy what Pacha does best – deliver quality product with local Ibicenco style. Sundays once again, will be all about Solomun at Pacha.

A legendary Ibiza party that has influenced so many of the islands top DJ’s today. The minimal tech sound it creates is unique to Cocoon. Sven Vaths, deep rooted German party, is now into its 15th season on the island and rumours that Luciano, may join up with Cocoon this season, will create a media buzz around the party. Luciano had been a part of the Cocoon crew before he left Amnesia to join Pacha, so he should fit nicely back into the Cocoon set up if he joins up with the party this season.

This in-house production at Ushuaia, was a surprise success in only its first season last year. The talented people at Ushuaia, created a party that was original and fresh, as dancers in morph suits ran about Playa Den Bossa. The introduction of the DJ box to nearer the beach end of Ushuaia, also worked a treat and the crowds turned up in their droves to join the colony. We expect the underground, bass heavy Ants Party at Ushuaia, to be one of the coolest and trendiest parties of the year, so make sure to check it out every Saturday before heading to Pure Pacha or Space/Elrow afterwards, for a nice mix of the underground and commercial.

A surprise hit at Pacha last year, Pure Pacha, delivered a fun party with a great atmosphere in true Pacha Style. This summer, Pacha are expecting the party to be massive, with Bob Sinclair and Martin Solveig rumoured to be booked for nine shows each. Pacha are sure to add some other exciting guests (Hardwell was one last summer) to the hands in the air, Saturday night extravaganza of style and music.

The change of day to Wednesdays at DC10, was a shrewd move by one of last seasons most respected underground DJ’s in Ibiza. A winner of our Best DJ award, Jones, will return to DC10 with his successful and critically acclaimed, Paradise Party. Expect some of the coolest and trendiest underground beats, from the likes of Richie Hawtin, Loco Dice and Darius Syrossian, who will join Jones and his Hot Creations crew to make this a party that reflects a true Ibiza vibe.

I have always been a fan of this iconic, sunset strip bar in San Antonio. An outpost of bohemian style and real Ibicenco hospitality, where quality and good service is the order of the day. There are big and ambitious plans to host some  “wow” parties at the venue this summer, as it celebrates its 20th year on the island. Javier Anadon and his family have some real treats in store, so make sure to keep eyes and ears open for the announcements. With the best musical sunsets and Mojitos in Ibiza, make Cafe Mambo one for the notebook this summer.

On July 25th, the infamous Clockwork Orange party, created by the legendary party animal, Danny Gould, will make a once off return to Es Paradis, to celebrate its 20th Anniversary. The quintessential, Brits abroad living it large party, was a huge part of Ibiza life in the mid to late nineties, when English culture ruled the island and showed the World how to party big time. Not for girls, this party was big, brash and in your face and with iconic DJ’s like Brandon Block and Tall Paul set to make a return on the night, then for people of a certain vintage, this is a party not to be missed. The Nostalgic highlight of the year and a night that has the potential to go down in Ibiza folklore. 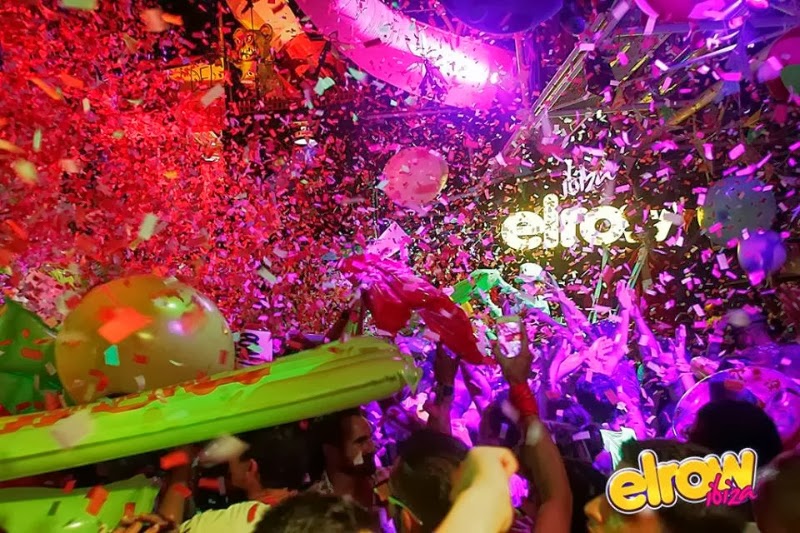 Last seasons award winning party, will have a new home for Ibiza 2014, as it departs Privilege. Word on the street is that Elrow is Space bound on Saturday nights, teaming up with the trendy and underground, Kehakuma party. The combination of the two parties, will be an interesting mix and is a reflection of the creative atmosphere that exists on the island. This party is definately one to watch this year, as it brings all the color and exuberance of the Spanish Elrow brand, to the classic environment of the award winning Space nightclub.

This new Hotel, the first of its kind in Europe, is set to be a real game changer in Ibiza. Think of Ibiza Rocks, then multiply it by 50 and you will start to get an idea of what this multi-million euro venue is all about. Top quality live and electronic music festivals, within a luxury and 5 star environment. Already there are whispers that the gigantic BPM festival in Mexico, will be collaborating with Hard Rock Ibiza in 2015, so that will give clubbers an idea of the ambitions that the Hard Rock Ibiza team harbor. The Opening party is set for May 18th so make sure to check it out.

The British based company, is rumoured to be on the verge of signing a long term lease with the recently renovated and stylish, Dutch owned Eden nightclub. The iconic brand, will host and program other high profile parties at the club, with Defected, rumoured to be an early season transfer. Eden would provide a safe and ideal home, for the much loved Defected party and a place where it could establish itself for the next decade.

One of last seasons most popular and successful parties, is expected to reach zenith heights this summer at Amnesia. Rumours circulating on the island suggest, that the party may move to a Wednesday night slot, with its old Friday date being filled by Loco Dice. A large Italian crowd help make for an electric atmosphere, combined with some killer techno and house beats from Carola. His infamous six hour sets were just stunning last summer – lets hope we get more of the same this year at Music On. We will update once the official dates are announced.