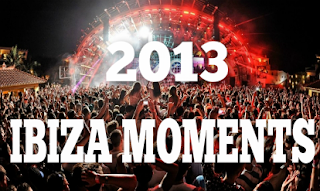 Once again, the diminutive Mediterranean island with a big personality, has lived up to all expectations in 2013. A turbulent season of change, a passing of the old guard to the new, and the islands upwardly mobile social status have been the noticeable trends of the year. Very rich people (VRP) are replacing the VIP tag, with the Russians flashing their roubles in a flamboyant and big spending style. Top end restaurants and clubs are booked out with free spending clients with a taste for only the best. In club politics, tiffs and infighting remain the norm but unlike previous years, some are becoming public affairs. A business friendly Ibiza continues to attract investment with over developmental damage to the islands fragile ecosystem, fast becoming a real threat to its unique personality. The dominance of House music is also being threatened by the deep tech sounds of Marco Carola, Richie Hawtin and the fresh bass music beats of the Together party at Amnesia, which was the islands best club musically in 2013. Below are some of my personal moments of Ibiza 2013……a monumental year in Ibiza history.

Should Have Gone To Specsavers Moment
Melissa Reid and Michaella Mc Collum confuse a drug run for an all expenses paid Holiday in Peru.
Now you see me now you dont – Avicci disappears in Booom.
Simon Dunmore mistakes fire extinguisher for Tear Gas canister in Booom
Leonardo DiCaprios Ibiza Holiday hairstyle.
Cafe Del Mar Dubai – not quiet as it seems.