Would you believe it but we are already half way through the 2014 season and Ibiza is bursting at the seams as we speak. Near 98% occupancy on the island for the month of August and after a slow start to the season, many businesses will be welcoming the sold out signs. From a clubbing perspective there are a lot of parties again this year and some clubs, especially the ones in San Antonio, are suffering from the effects of over saturation. Clubbers are spending less, noticeably inside the clubs and for the first time ever, club owners are starting to respond by softening their bar prices with drink deals and some good offers. The expensive Ushuaia venue had a good quality Mojito on sale for just €15, around the same price as Cafe Mambo or Cafe Del Mar. There is a buzz on the island this year, a feeling of change in the air and some cool new parties emerging. If you haven’t already, I would advise that you jump on a plane and take a trip to the island especially for the month of September, when there are some value deals about. Below is my mid -season report for Ibiza 2014 which will be in four parts. Part 1 The Clubs, Part II The DJ’s, Part III The Music and Part IV The Island. We will also list the Top 5 Ibiza parties in Ibiza at present.

Strongest performing club in Ibiza at present is Ushuaia. Avicii continues to pack them in on Sundays and Axwell and Ingrosso are not far behind. Of the two new signings, Armin Van Buuren, is performing better with an impressive visual production show and music to match. More of a professional feel to ASOT than Hardwells party on Tuesday night, which from all reports is very much hit and miss. When I attended it was a miss, no effort and a lazy performance from the Worlds No1 DJ but fans will enjoy his show nevertheless. Ushuaia is attracting a host of  A list celebrities to its parties and the club is running really smoothly this year. Its the only standard bar in Ibiza where €200 and €500 notes are being exchanged like they were pesetas. David Guetta’s new show (without his wife Cathy Guetta) is doing alright and rumours that a big name from Amnesia will sign to Fridays next year are already circulating. Ants was one of the trendy underground parties last summer and its just as strong this year. Ushuaia will continue to dominate in Playa Den Bossa and attract the worlds premier DJ’s to the most polished open air venue on the island. While some may not warm to the Ushuaia style, one has to admire their professional standards. 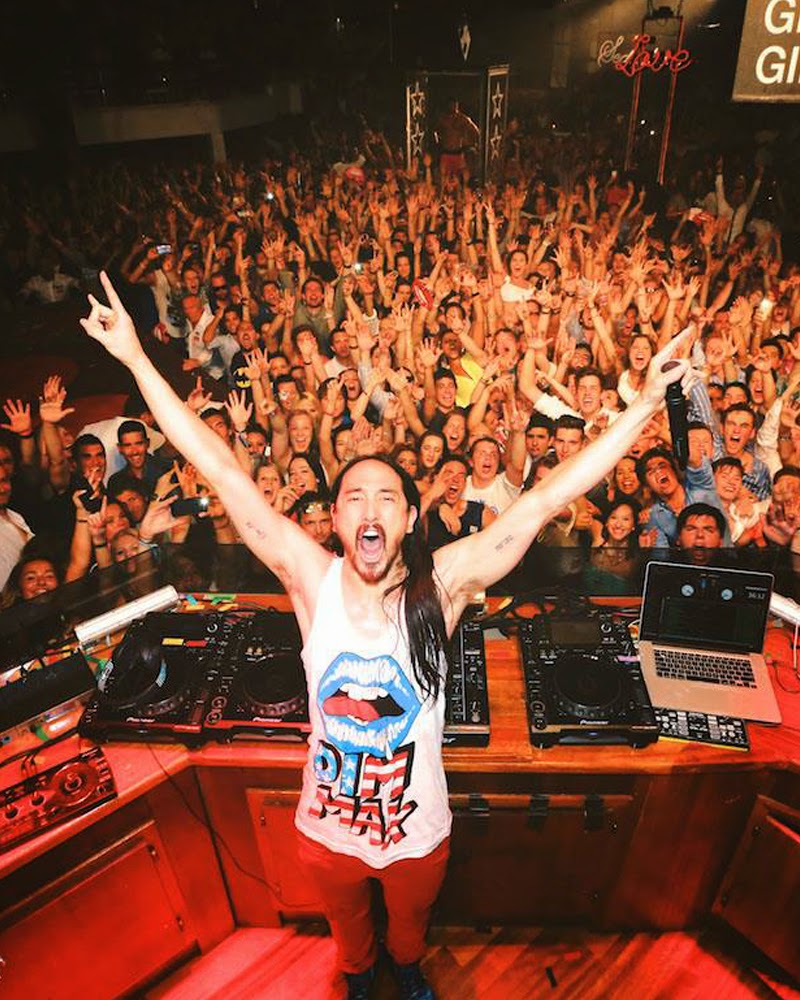 Over at Pacha, Steve Hulme, is close to putting his feet up and smoking a big fat cigar, as their music program beds down very nicely indeed and will only consolidate over the next five years. Steve Aoki has been an astute signing by the Pacha team, packing out the club with his unique delivery of madness. The Ibiza Rocks House experience, brings an element of real Ibiza to Pacha, with interesting characters and a creative fun atmosphere where anything can happen. Solomun is doing particularly well, with Flower Power, Pure Pacha and David Guetta all holding their own. Insane, while not as fresh as last season, is also doing a good job as Pacha’s closest offering to an underground party. Their outdoor venue, Destino, a beautiful location with a real Pacha feel to it, is fast establishing itself with the likes of Luciano and Diynamic now appearing at the venue after the messy wrangling at Cova Santa. Club politics in Ibiza is always entertaining to watch.

Amnesia is another Ibiza Club in good health. Cream is performing out of its skin this summer with some excellent nights already, especially Eric Prydz on the terrace. Cocoon is doing well as is Together, La Troya and Matinee so no problems to report there. However all is not well, with the Marco Carola Music On party, as internal issues sort themselves out. Carola has missed three parties already due to a reported “ear infection”. Odds on Carola moving from Amnesia to another venue for 2015 are shortening. The new night at Amnesia Presents on Sunday, is already creating a buzz and The House Of Madness hosted terrace is really banging with a fantastic atmosphere present. 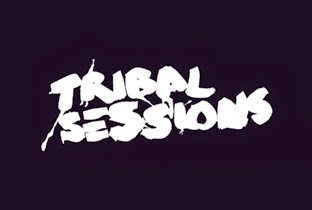 At Sankeys, David Vincent and his team couldn’t be happier as the club is beginning to see profits generated from its parties. Tribal Sessions is attracting a musical savvy crowd and is one of the top parties in Ibiza right now. Magna Carta is emerging as a firm crowd favorite this year as is Duke Dumont but the DJ on fire at Sankeys this summer is Steve Lawler. With the exception of one party, Sankeys will retain its current music program into 2015 as the club begins to match the attendance figures at its main rival DC10 which is quiet an achievement for a venue that was written off many times.

Over at Booom its current tenant, Giuseppe Cipriani, is fighting hard to keep the club open and seems committed to a future at the venue. If Cipriani can convince, Nayarti, the company that holds the purchase option to sell it to him, then the future of Booom is secure and I will have to eat my words with humble pie. Cipriani has made an offer to buy the purchase option, so if Nayarti accepts, then the club is his and maybe he deserves it. Defected is doing well at a 1000 capacity venue and that’s a good gauge to its relevance in Ibiza today. The Suara night is making some noise as its a promising Spanish party going places. But the big attraction of Booom is the association of Mike and Claire McKay to the venue. Their Phantasmagoria party is one of the few on the island that excites and their creative talents and personal reputation carries a lot of weight and respect in Ibiza.

Sadly at Gatecrasher in San Antonio, the brand is in the hospital after been run over by a number of unfortunate incidents. Gatecrasher did everything right to try and get its name out there, attract goodwill to the club and work with people on the ground. It’s failure to attract the crowds even after all its hard work, goes to show how difficult it is to run a successful venue in San Antonio, where clubbers only seem to use the resort as cheap accommodation before migrating out of it to party in Playa den Bossa, Ibiza and San Rafel. It’s unlikely that Gatecrasher will be the name over the Eden roof next season. The only clubbing venue doing well in San Antonio these days (outside of the sunset strip) is the Ocean Beach Club, who know their market intimately and do a professional job selling it. Es Paradis will never change and for this reason I love the venue as its typically Ibicenco. Will this be the last year for Judge Jules in San Antonio? It was a 50/50 call this year, 2015 will be a harder judgement to make.

Its been a quiet few months for Space, especially considering that 2014 is the much loved clubs 25th Anniversary. The legendary Space Opening party, without Carl Cox for the third year running, is not the same as it used to be. All the parties are performing well, Elrow, Enter, Carl Cox, We Love and Ferry Corsten but one gets the feeling that Space is travelling in autopilot mode at the moment. The club is rumored to change ownership in 2016 so it is important that clubbers get to enjoy the special experience that is Space under the stewardship of Pepe Rosello as it may be a different Space in years to come. Privilege is also quiet but is working hard to try and fill such a big venue. Having lost Elrow and ASOT, Supermartxe is now flying the flag for Privilege. The club added some interesting new parties like Neon Flash and Mass Base in the main room but the big highlight there this year was the BBC Radio 1 Cream party last week where a stellar line up brought the crowds back to the club.

Both Ibiza Rocks and DC10 continue to do what they always do well – put on good shows that appeal to their loyal fan base in Ibiza. Ibiza Rocks is reaping the benefits of some excellent line-ups this season and the venue is unique in the atmosphere and buzz it creates when there is good act on stage. The energy at the Rudimental gig I was at, was infectious. Ibiza without Ibiza Rocks, would be a poorer place to be, as the venue brings musical integrity to the island unlike the 5* Hard Rock Hotel venue, which has now changed its tune sating that its “Rock n’Roll” concept is not about the music but about its “attitude”. That attitude was evident when a top artist walked off stage after only 15 minutes and that’s no way to treat paying guests. Ibiza Rocks and DC10 are the antithesis of what Hard Rocks Hotel is trying to do musically. Lets hope the Matutes group realise that they have made a horrible mistake with the Hard Rock concept and re-brand it to something more relevant to Ibiza.

In conclusion, the health of Ibiza Clubs this year, is better than it was last season. There is a buzz on the island as it offers such a diverse range of options when it comes to music. It is still the musical epicenter of the World – so much so that, Pete Tong, who strayed across the Atlantic last year, is back in love with the island after landing himself an influential job with the Matutes group as its musical director/consultant. All this is good news for Ibiza and goes to show that there is nowhere else on this planet that matches this small island for its Clubbing culture, intrigue and politics.