Ibiza Is Not Las Vegas

Ibiza is many things to different people, one thing that it is not, is Las Vegas. To compare the two in any way, shape or form, displays a real lack of understanding of what Ibiza is about. A recent article in the New York Times, of all places, seems to draw a correlation between the two, and the article takes a negative, rather than positive approach to Ibiza, airing grievance and tipping Las Vegas as the place to be for Dance Music. The New York Times piece, appeared three days after Pacha publicly spoke out about the reasons why, they had to change things at the club. There are a few contradictions between the two articles, that would lead a person to believe, that one of them, has an agenda behind it. Personal and sensitive information has now come to light, that was previously not in the public domain. Its a pivotal piece of information, that states ex-Pacha director, Danny Whittle, was fired by Ricardo Urgell. Up to now, it was believed that both men had a disagreement and mutually, went their separate ways. The article adds fuel to a fire, that may have long term consequences, for certain parties in Ibiza. 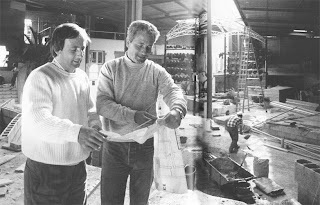 Two sides are now clearly emerging in this spat, that started back in November last year, when, according to the New York Times, Danny Whittle, was fired by Ricardo Urgell. A local Ibicenco side that is Pacha and another side that is made up of ex-associates and competitors of the organisation. Swedish House Mafia manager, Amy Thompson, Simon Dunmore of Defected Records, Tim Sheridan and Danny Whittle, have all publicly issued comments about Pacha, casting them as the bad guys with an axe to grind against DJ’s and dance music. The target for their negative remarks are directed at Piti and Ricardo Urgell, for comments made by both men, about their personal feelings on the Dance music industry. Piti’s reported comment in the NYT article, that house music “hasn’t evolved in 20 years and is for idiots” seems to be the focal point of attack for Pacha detractors. Are the Urgell comments, just sarcastic ramblings of an older generation, out of touch with House music and more in tune with music and culture of their time, or, are they intentional remarks made by successful businessmen specifically designed to damage their product ? This is the key question that most people will have to ask themselves to determine the truth behind what’s going on here. 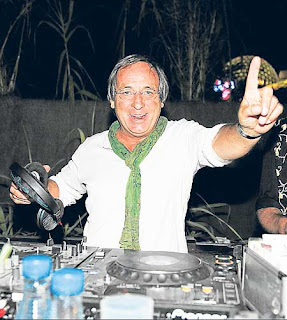 Pacha, has always conducted its public business in a reserved and dignified manner. Behind its well groomed image, there lies a hard, metal resolve, that many people on the island, know not to mess with. Its typical of local culture and how business is conducted in Ibiza…. there are certain codes of practice that non residents adhere to, when conducting their business affairs. Break those rules, cross a line and local privileges are revoked. Certain doors are closed and process slows down. The island will always revert back to its default setting, of protecting its own, when it perceives an attack from foreign shores. The watchtowers dotted along the coastline and its fortified churches, are testament to this resilience. Pacha, will have a large sentiment of local support behind it, many jobs are connected to the Club and it gives a lot more back to the island than some. When the battle lines are drawn, and make no mistake, wagons are being circled at present, some people may find themselves isolated, as culture rather than business, stirs the blood. To take a shot at Pacha, is to take a shot at Ibiza.

A play has been made and a line has been crossed. People on the island, say never to underestimate the Urgell family and their influence. The New York Timesarticle, was a high profile shot across the bow of Pacha that questioned their motives. It is notable that the shot did not originate from a Spanish media outlet. The return volley from Pacha, could well see an escalation of hostilities. My interview with Pacha, was in response to comments I made about the club in previous blogs, they requested a right of reply, which they duly provided, giving a detailed account of their version of events that led to the changes. Its up to each individual, to make up their own mind up as to what is happening here. Personally, I feel Las Vegas, is a well paid retirement home, for washed up DJ’s and labels that cant cut the mustard, on an island that encourages and nurtures fresh, young talent. Clubbers that go to Ibiza, go there because they love the music. Ibiza has always led the innovation. It sets the trends for other to follow. Its clear that some DJ’s and promoters, are now so much out of touch with the grass roots, that they think Las Vegas is where some kid from Manchester, Liverpool, Amsterdam, Barcelona, or any other working class town in Europe, can afford to jet off to each summer. 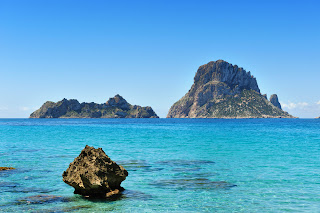 The reality is, that for many Europeans, Ibiza is the musical Mecca for Dance Music. Las Vegas is trying to copy what Ibiza has organically produced for decades. One thing history has taught us about Las Vegas, is that musical acts are just a small part of its neon lit circus and that inevitably, its effect, is not good for the long term health of any concept bar gambling. Ibiza will always retain integrity, when its comes to music. Its sole output is music. There are so many gifted and talented people working on the island who know their music and add a touch of artistic flair to life there. It’s the Oxford University of music. Clubs with prestige and character like Space, Privilege, Amnesia, Es Paradis, and Pacha, have a solid pedigree associated with music. It’s these Ibiza clubs, along with others, Sankeys, Ushuaia, Zoo Project and DC10, that will continue to be the standard bearers for musical innovation, primarily for the fact that the right people are associated with them. The one thing that the New York Times article did get right, was that certain well paid sectors of the music industry may be shifting to Las Vegas, but its to make room for a fresh and invigorating new scene on the island. Its in their financial interests to do so, as they are no longer relevant in Ibiza. There will be no tears shed in Ibiza, as they sail off into the sunset and a happy retirement, where they might learn to respect their elders and an island that has been good to them in the past. It brings to mind the lyrics of Passengers, new track “You only know you love her, when you let her go”