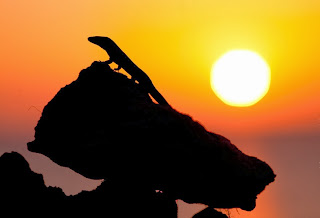 As the detox from Ibiza 2013 begins and the amps in the clubs cool down, the Ibiza rumour mill sparks into life. In the vacuum that exists after the closing parties, gossip, speculation and rumour thrives. Many parties were mortally wounded and will not be returning and at this stage, it looks as if one Club will sink into the islands quicksand. In my opinion, Ibiza 2014 will see a consolidation and strengthening of core values and assets by clubs, which will result in many DJ’s and parties been left out in the cold. Nobody will be taking risks in Ibiza next year, everybody will be playing it safe – as 2013 was a costly season for many. While it is still very early for any substantial rumours that this blog is ready to stand over, there is much speculation doing the rounds, as industry insiders tease and poke each other playing for position and trying to build their programs around the big players. Those big players include Pacha, Ushuaia, Amnesia and Space and as they can afford the large wages, that’s where every DJ will want to be next season….a safe haven where they can survive and protect their brand on choppy seas. The clubs, not the DJ’s or promoters will hold the power for Ibiza 2014.

As we have already said, its still very early for any substantial rumours to surface. While some flirting may have taken place, hardly any of the clubs or promoters have entered serious talks or negotiations about next season. The speculation that is about at present, is just there to find out if anybody bites, reacts or rises to the bait. The big speculation is that Elrow is on the move from Privilege. One thing that we do know is, that the party will have a new branding and name for 2014 and it looks like it will be the KerClub party. While many clubs may show an interest, Privilege will not want to let this party go and will fight tooth and nail to keep it. How much of the speculation is Elrow playing up the move for a better deal from Privilege is not known, but I suspect they will court a few clubs just to keep Privilege keen for their services. The two clubs that are been mentioned are Amnesia and Pacha. Of the two, Pacha would be my favourite to sign them if they were to move. Except very little change to the Amnesia schedule for next year but do keep an eye out for the recently departed We Love team of Mark and Sarah Broadbent who may associate with the San Rafel club as a preferred option next year. Marco Carola and Music On are expected to move to another night at the Club. 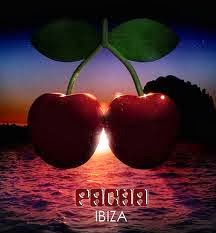 Over at Pacha, I expect the club to remain loyal to most of last years schedule. Its new program director, Steve Hulme, proved that he was far from wet behind the ears and his judgement in the main, proved sound. In fact, his back to back DJ session with Solomun at Destino displayed his talents behind the decks and it is good to know that a DJ is helping to program music at Pacha. Expect some nights to change dates and others to be tweaked or relocated to the growing stable of Pacha venues. Much speculation surrounds the future of Luciano, who lost his way in Ibiza last season. After a stop and go appearance at the Booom Cadenza Closing party, its highly unlikely that he will be resident there next year. After receiving an award at the Pacha sponsored  DJ Awards, many industry insiders took it as a nod by Pacha to Luciano that he would be welcome back at the Club – if he was so inclined. A change of night for Solomun and a return of Lucianos Sunday slot would not be beyond the realms of possibility. At this stage Luciano needs Pacha more than Pacha needs Luciano and as he left in good terms, bridges were not burnt. Pacha is Luciano’s natural home – lets hope a deal can be done and we will see him back under the cherries logo for 2014. You will hear it first here on the blog if he does. Pacha would expect David Guetta to remain loyal for next season but that decision rests solely with the Frenchman and his wife. His missed dates in Ibiza this season, suggests that he may not be in a position to commit to two venues on the island next year as Las Vegas increasingly beckons.

At Ushuaia, expect the big names to be staring once again. The financial juggernaut of the Matutes group continues to move forward and next season the Hard Rock Hotel (previously the Don Toni) will be open for business. There is a lot of speculation that an American based music festival will hold an event hosted by Ushuaia, similar to the Ibiza Rocktronic festival. Calvin Harris is a name already been linked with Ushuaia for Ibiza 2014 and he would be a perfect fit for the commercial club in Playa Den Bossa. Avicci may be a doubtful runner for a full season at Ushuaia and we will have to wait and see how the delicate negotiations will proceed. Ushuaia are know to keep their options open for as long as possible. Over at Space, the dark shadow of a looming takeover hangs ominously in the air for the clubs uncertain future. Many parties and promoters at the club will be evaluating their position going forward and the recent We Love break by Mark Broadbent, may be the first sign of the beginning of the end for the Club in its present guise. The big parties like Enter and Carl Cox will remain for next season but after that, the environment will be different for 2015.

Over at Sankeys a revaluation of their season is well under way. David Vincent is a man know for fresh ideas and concepts and he can smell a stale party a mile off. Three nights will be dropped for next season and Solomun is odds on to leave the Club as his big wage demand did not convert to crowds on the dance-floor. Dynamic Neon can work perfectly well without him. Scheduling a seven night underground program may have diluted the Sankeys concept a little this year but expect the club to come back with something fresh and different next summer. Over at Booom, rain continues to fall on its parade. The outlook for 2014 is for more heavy rain and if the club know as “Booom” manages to stay afloat and open again, I would be very surprised. All the Booom lifeboats are overboard with many of the crew departing the club unlikely to return to a sinking ship. The present tenant of Booom has stated that the Club will open for 2014 so we will just have to wait and see as the courts will have the final say. The venue however, will be a much sought after premises. For now, we will sit back and watch as the games begin for 2014. As usual, the DannyKay blog will be probing the islands players and asking the hard questions that other commercial websites and publications wont ask in case it upsets their advertising revenue, ticket sales and editorial masters. Don’t fall for the patronising marketing spin, get the real story at the Dannykay Blog, where we will once again feature many exclusive interviews and breaking news stories over the winter months. Already looking forward to Ibiza 2014 we hope you are too. Follow us on Twitter to keep up to date with all the breaking news stories as they happen!!