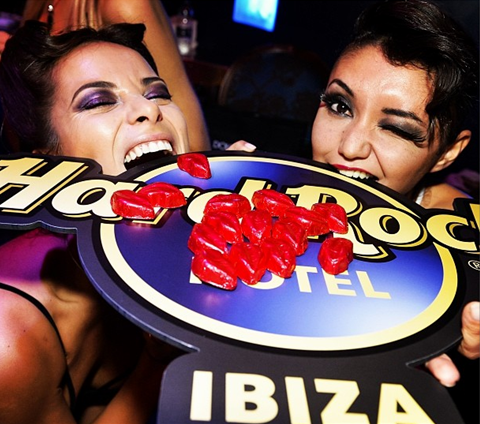 The first European Hard Rock Hotel, will open in Ibiza on May 18th next. The exciting development is set to transform the Playa Den Bossa beach side location, into an international music and entertainment hub, now being dubbed the “South Beach of Ibiza”. The multi-million euro investment by the local Matutes Group, will see the old Don Toni hotel, turn into a 5 star venue with 493 rooms, 235 suites, 8,600 ft2 of meeting space, an iconic music memorabilia area and a Hard Rock Shop. Other features will include a multifunctional space that will accommodate a variety of dining, shopping and entertainment options, such as the Rock Spa and Body Rock workout facility. The Hotel will comprise of two buildings, with a brand new annex joining to the lobby of the old Don Toni hotel. In a press release today, the Hotel stated that its music policy would “stay true to its musical heritage and feature live music performances by internationally renowned groups, complimenting the Ibiza scene as a place of pilgrimage for international artists”. The Hotel is to partner with the International Music Summit (IMS), an influential music conference, that brings together leaders of the music genre to Ibiza once a year, to discuss ideas and direction of the industry. The IMS summit will open at the Hard Rock Hotel on May 21st next and run to May 23rd. Rooms and more information, can be viewed by visiting the Hotels website.