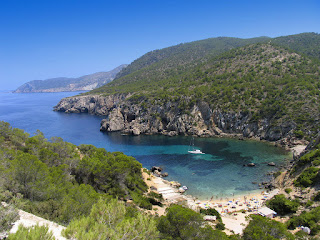 Many people on the island of Ibiza will remember with sorrow and fear, the forest fires that ravaged through the Benirras, Cala Longa and Sant Joan areas in recent years. 2028 acres of forest was destroyed by the fires, as areas were evacuated and homes were lost. Now in an admirable project, Pacha and Green Squirrel Ibiza, an eco-friendlily group, have joined forces to help raise funds to re-populate the fire damaged lands with 5000 Juniper trees. This Friday night, Pacha, will hold its second “Music v’s Fire” party, a night that is designed to raise awareness,solidarity and funds, for the restoration of trees to the beautiful landscapes of Ibiza. An organisation,Plant For The Planet, with an aim to plant 1000 Billion trees Worldwide, will take charge of the project. Everybody that has a love for Ibiza and her beauty, can help, by donating any amount, large or small to help such a good cause. Donations can also be made on the night at Pacha and the club deserves recognition, for giving something back to the island. Hopefully more will follow Pacha’s lead, after a similar goodwill gesture was taken by Ibiza Rocks resulting from the fires in 2011.