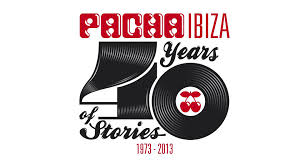 As Pacha Ibiza, bravely ventures into the 2013 season, with a much changed and re-designed music program, they intend to hold a series of free parties to say thank you to the Island, its people and to toast its voyage ahead. Pacha has been an integral part of the Islands musical heartbeat for over 40 years and reflects a style and ethos that is unique to Ibiza. Much admired and loved, Pacha 2013, will hopefully witness a blooming of the clubs true potential as its marks out a new direction for the future. A creative team, that reflects a family ethos from within the club, has been afforded an opportunity to embrace what is truly Pacha. To start with and in typical Ibicenco style, they are offering a series of four free parties, beginning on April 13th, with DJ Solomun and ending on May 17th with John Digweed, to introduce their new musical program to the Island, its residents and friends.

The parties will be free to all Islands residents holding a NIE number. For non residents, there will be a special reduced ticket available, that will reflect the genuine gesture of good will. The parties will take place in April and May, before the official season commences. First up will be last seasons breakthrough and award winning artist, DJ Solomun, on Saturday, April 13th. One of Pacha’s most exciting and promising signings for its new season, Guy Gerber, will headline on Friday April 19th. That will be followed by a Saturday 27th party, with Monday night, Epic resident, DJ Chuckie. To wrap the series up and as a pre party for the Pacha Festival in Amsterdam, John Digweed, will headline on Friday, May 17th. All of the DJ’s involved, will be giving their time free of charge to help make the series happen and to invest in the clubs future. It reflects a genuine effort by the Club as a whole, to promote its brave new direction and underline its determination to make Pacha 2013 one of the best seasons ever.

The Blog will publish an exclusive interview with Pacha this week, where we talk to its musical director Stephen Hulme, about the reasons and thinking behind the shake up of DJs and nights at Pacha this season. In a revealing interview, Pacha puts forward their thinking as to why certain parties felt it was time to move on and the reasons why they were replaced. The interview also introduces us to the new team at Pacha and tells us a little more about what makes Pacha tick and what they feel the future holds for them. We also talk about the exciting new Destino Pacha resort and the clubs new neighbour Bomba, which will be managed by ex Pacha musical director Danny Whittle.