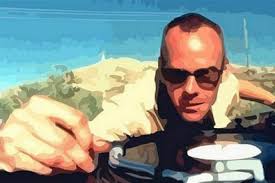 Fatboy Slim, aka Norman Cook, is confirmed to play Ushuaia Beach Hotel, on Sunday May 27th. The party kicks off at 5pm and continues until Midnight. The two day opening event will see DJ Luciano headline on Saturday, May 26th along with the Cadenza Vagabundos. It is a surprising move by Ushuaia, to go head to head with the Space Opening party, which takes place on the same day as the Fatboy Slim gig. The Space Party will open its doors at 4.30pm, so it will be competing directly with Ushuaia. While Fatboy Slim may draw a good crowd, one would suspect that the majority of Clubbers in Ibiza are there for the Space Opening party, not a Fatboy Slim gig. Cook has a long relationship with Ibiza, having played Ibiza Rocks and Space in recent years. It will be interesting to see how the party is received on the Island this season.