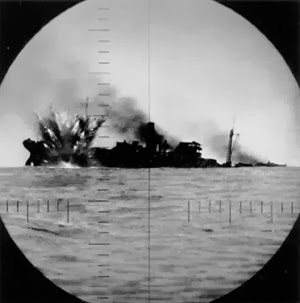 As its crew prepare to abandon ship and sail to new waters aboard a friendly lifeboat, the wreck of the Booom project is slowly sinking to the bottom of the Mediterranean sea. As we reported back in August, the final whistle has now sounded on the clubs unsuccessful bid to stay in the game. The one year, non extendible industry lease that Booom had on the building, expired on November 30th last and Nayarit, the company with the purchase option to buy it has exercised that right from the landlord Nung River. On December 2nd, Nayarit lodged the agreed sale price of €18.5 million to the office of the notary in Ibiza and became its incoming owner on December 8th. As Booom was still trading in the building, Nung River was unable to hand over vacant possession to the new owner, so significant legal liabilities and damages started to accrue. In a bid to limit these liabilities, Nung River commenced legal proceedings against Booom and issued the club with an eviction order. A court hearing on this order is set for February 20th next, but Booom may decide to voluntarily vacate the property, as one would hope that it will not want to be forcibly evicted.

Booom lost its final chance to delay the inevitable, when an Ibiza court ruled on November 28th that its case to stay had no merits in law and ordered it to pay all costs associated with the ligation. Legally, this was the final nail in the Booom coffin and ended Mr Ciprianis dream of establishing the club on the islands colourful and wealthy night-life scene. The club which started out life on Naomi Campbell’s twitter account as La Bomba, was then redrafted to just Bomba. However it failed to register the Bomba name and embarrassingly had to re-brand to Booom after Nayarit took control of its social media platforms. The Bomba website ended up pointed to rival club Pacha and in the process, raising suspicions that Pacha was involved in the affair. After denials from Pacha, these suspicions were proved unfounded when Nayarit went public printing legal notices in the Diario De Ibiza. Superstar DJ Avicii mysteriously dissapeared inside the club and soon after the writing was on the wall when Booom lost its influential music director Danny Whittle. The club then took the strange decision to open over the winter months but it failed as expected to attract any crowds.

The three sides involved in this dispute are all well known to each other and their relationship runs far back. A difference of opinion between the billionaire investor behind Nayarit and Mr Cipriani, is rumoured to be the reason why Nayarit now wants to take control of the strategic real estate that Booom resides on. Nayarit has ambitious plans to develop the property within the entertainment industry. The blog understands the licence that Booom holds to operate as a nightclub, resides with the building and not the tenant, so it is debatable if the licence can transfer to another site. Mr Cipriani will need to evaluate if keeping the Booom name is a good idea, or if he should start out with a fresh concept for his recently acquired site just down the promenade from his present lodgings. A spokesman for his organisation stated that the new site would be developed into a luxury hotel, incorporating the Downtown restaurant and Booom nightclub. While that statement is high in aspiration, it will have to overcome a number of obstacles if it is to become reality. Local sentiment on the island may be turning against the big egos and extranjeros fighting over power and money so the cultural climate ahead, may be different from before. Watch this space, as this saga is sure to take a few more twists and turns.