David Vincent is a character. At 41 years of age, he is now enjoying a new lease on life. Like a Premiership striker, Vincent has emerged from a barren purgatory in Ibiza last season, to score the first, of hopefully many goals, that will reignite the creative talent within him. Vincent is a tough Cockney kid who grew up on a council estate in East London. With Champagne tastes and lemonade pockets, he had to do things the hard way. An acid house head, he was unemployed for two years, before he finally got a grant to attend the University of Manchester (UMIST). He used that grant to promote his first party at the Paradise Factory, where he booked, Matt Jam Lamont, to play to 800 people. That first sweet taste of success, led him into a life of music and organising dance parties, where sound and technically talented DJ’s came first. He went on to work with the Ministry Of Sound at Pacha and the iconic Hacienda Club in Manchester, where DJ and Author, Dave Haslam, described him as the “new kid on the block” in his book, Manchester, England. He lost a lot of money and self confidence, when he bought Tribal Gathering in 1998 and during that time, visited the dark side of life, even contemplating ending it all at one stage. That left him out of the game for nearly two years until he re-opened Sankeys Soap in 2000, which his friend Andrew Spiro warned him not to touch. But in classic David Vincent style,  “When everybody says don’t…. I do.” 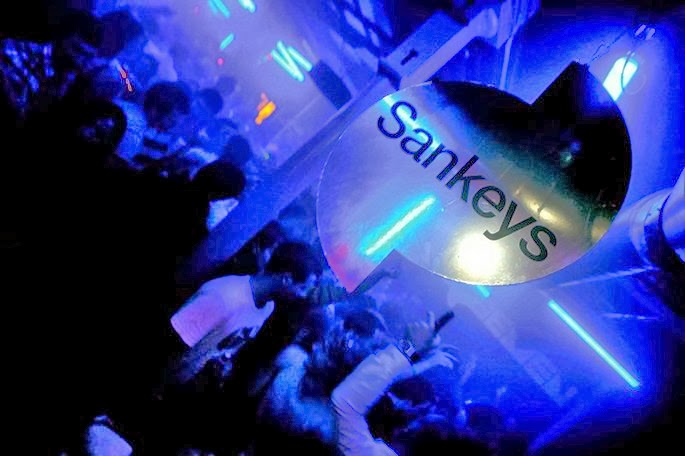 I met David in Sankeys, the week after the closing party to his second season on the Island of Ibiza. The first year, was one to forget, as constant financial problems threatened the club with closure every day. A major investor pulled out a month before the club was set to open and it was only thanks to family, friends and investors like Antonio Piacquadio and Rob T that Sankeys made it to a second season. “Sankeys was the worst attended club on the Island last summer now we are one of the best” smiles David ironically, as he charts the journey of Sankeys in Ibiza. “ We looked at Penelope near Pacha but settled with Playa Den Bossa, as it offered us a number of advantages with regards to licensing and the dynamics of the club itself. The low ceilings are exactly the same as Sankeys in Manchester. I brought in Andy Kayll, Danny Tenaglia’s sound engineer, to help me create the ultimate positioning for the sound we wanted. Once we did that, we built everything else around it. Jason Bull (Es Vive) told me not to touch the place as did everyone else, as others had failed here and people said the club was cursed, but that just drove me to prove him wrong and show Ibiza that it could work”. Sankeys is now the fifth club after Kiss, Somny, Love and Le Masque, to reside in the building, which is located down a side street across the road from the Garbi Hotel. “I remember our first season when we had only 50 or 60 people in the club, but at the same time thinking to myself, this is still a good room and party. Tony Wilson used to think that way at the Hacienda. Thing is, all it takes to have a good party is the right people and great music. We felt it was important to have the workers and Islanders involved, as they are the most influential people in Ibiza. They tell 10 people and bang, it creates the hype and it all feeds through. We normally have 1200 people at a Sankeys party, in the big clubs that would be game over but in Sankeys its different…. its more intimate. There is a unique connection made with the people, the music, the DJ’s and the vibe. For that raw DJ musical experience, I do not think there is a better room on the Island than Sankeys Basement.”

The Pacha Effect
I then ask David about his time at Pacha. “I just loved working at Pacha in 1997. It was a family feeling there…. something special. It was real Ibiza at that time. I turned the Ministry of Sound party from a loss making event, to the most popular party in 25 years at Pacha. I left Ministry and then Danny Whittle took my job.” I raise my eyebrows to look at David’s reaction and one could sense that the man has some unfinished business in Ibiza. I mention that Danny has moved on now and that Pacha may be looking for new people. “I have had a few enquiries from other clubs but I am happy with Sankeys where it is. We have only just touched the sides at what we really want to do here. We want to grow organically and connect culturally to the Island. This is why we plan to stay open until the new year, providing jobs and a place for people to party in Playa Den Bossa. We are always looking for the next cool thing and its that hunger that drives us. Who wants to work for another club when you have Sankeys. I have a lot of respect for Pacha and I think they have some for me also. I have fond memories of my time there” 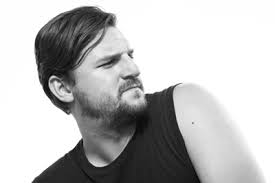 We then talk about Solomun and Sankeys introduction of the Croatian Dj to Ibiza. “My people in Manchester spotted him. All four told me he was the next cool thing in 2011 after his performance in Sankeys Manchester that summer, but we couldn’t afford the flight to bring him over to Ibiza. We then booked him again at Sankeys Manchester and I got a good look at him there. I could see the parallels between Dynamic and Solomun to what Morillo was doing 10 years ago with Subliminal. What I saw there was something that was not fully underground but not overground either, it was right in the middle. It was sexy and appealed both to the girls and the boys. Dynamic brought energy and a great concept and we helped them to make it relevant to Ibiza. Six artists, weekly, on Tuesdays, was something I pushed for and thankfully they agreed. I knew their crowd was different to Carl Cox. They trusted me and we put an amazing package together adding the face painting in true Sankeys style. The first party we had 650 people and it gradually grew week on week, as word filtered out……its exactly as I told them it would go”. I then ask David if Solomun will return to Sankeys in 2013. “Whatever he does next year, I am proud of what we did together here with Solomun this summer. We have a good friendship and I feel Sankeys is the best club for him. Of course we want to keep him, because at the end of the day, the nucleus started here. I would love to have him come back, as we work well together”. 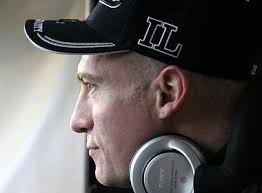 A topic close to David’s heart is Danny Tenaglia. “I think Danny is the greatest DJ that has ever lived in the world. He has inspired me to continue to work in the music industry. I have danced 18 hours sets with Danny. I would be first in and last out and he knows I love his music. I am a big Tenaglia Head. Six hours to Danny is like an hour to any other DJ. To really appreciate Danny Tenaglia you need to experience a 12 hour set with him. With Danny, its like reading a book, there is an introduction, a middle and an end. Its a journey with Danny and unless you are present from start to finish, you can’t fully appreciate what he does. Danny has his doubters on the Island ever since his Space residency three years ago… not everybody got it. The thing with Danny is, that he needs to be in a comfortable environment with the right people around him. Danny re edits a lot of his music during his sets, he’s an artist and in the past people have abused his talent by recording his music and sharing it on Internet sites. Here, we love him to pieces and we will always ensure that its his spiritual home, a place where he can open the box and unleash his magic with people who love him. If Tenaglia comes to Sankeys next year, I can guarantee, that after the third party, people will realise why he is the best DJ in the world. Danny Tenaglia and David Vincent inspire each other. He did a six and a half hour set for me at Sankeys closing after I met him the night before at DC10, where I asked him to come play for me. Danny told me that before he played Sankeys Ibiza, that only three clubs outside of New York, got what he was about and that Sankeys Manchester, was one of them. That makes me proud”.

The Future for Sankeys Ibiza
I then ask David about the future direction of Sankeys Ibiza and his plans for 2013. “Well for starters everything will be managed in house next year. I will be personally handling the creative aspect of six of the seven nights. The big three, Carnival, Viva Warriors and Dynamic I would obviously want to return along with Fuse. All the DJ’s who have played at Sankeys this summer have contributed and added to the club. Enzo, mentioned how to improve the monitoring system and pointed out some blind spots with the sound as did Tenaglia. Solomun gave me so many hints about promotion and PR, Lawler put so much positive energy and gave me constructive comments about some things at the club that need to be changed for the better. Todd Terry helped rebuild the amps in the DJ booth to make it sound better. Its good to work with DJs who know what they are talking about and listening to their advice will only make the club better. I love challenges and I am really looking forward to next season”. Will there be another big star unearthed by Sankeys for summer 2013…… David Vincent is quick to reply “of course that is what we are about, but I will go on record now to say that Enzo Siragusa will be the UK answer to Loco Dice one day. People need to watch this kid. The dynamic he had here with tINI was incredible”.

It was clear that David Vincent is a smooth and polished operator. A guy who is all about the music, the experience and a person that the DJ’s seem to trust. His musical pedigree is impressive and a man that is driven and creative, while at the same time he claims to be a spiritual person. During his interview, he was very engaging and answered every question, even the tricky ones, with measured ease. He rarely sang off the prepared hymn sheet. An hour, was not enough time to even scratch the surface, on what I would guess, is a complex personality. He did admit to having Attention Deficit Disorder and being a bit of a daydreamer, so Ibiza should be a natural home to him. In my experience, it’s the quirky and complex personalities, the ones with vision and creativity that flourish in Ibiza. If Vincent is given time to relax and grow, then you get the feeling that this guy is capable of anything. What I liked about him, was his genuine love of music and how he can engineer and nurture sound to enhance its experience. Ibiza needs more people like David Vincent to come along and create things. There are too many sheep out there willing to follow the well trodden route. David Vincent will always enjoy tilting at Windmills and it’s this likeable Don Quixote vision, that will make David Vincent a welcome addition to the Ibiza Family.