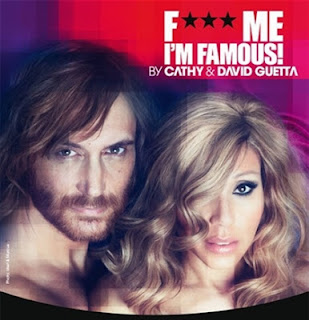 David Guetta, the cornerstone of Pacha Ibiza for the last six seasons, is rumoured to be departing the club. The F*** Me I’m Famous party, was the flagship event on the Pacha summer program and the most popular commercial party on the Island. A fantastic atmosphere inside the club, Thursday nights in Ibiza, belonged to David Guetta, who regularly sold out the venue in double quick time, making his FMIF party, the most expensive and sought after ticket on the Island. It was expected that Guetta would remain at the Club for 2013, but reports suggest, that another venue, was actively in negotiations over the winter months to secure the FMIF party residency for Ibiza 2013.

That venue is reported to be Privilege and it is rumoured, that they have succeeded in outbidding Pacha for Guetta’s services. If the rumours prove well founded, it is expected that David Guetta will join the Privilege stable for Ibiza 2013, meaning his residency at Pacha, along with many others, will be resigned to the history books. Earlier today, Ushuaia, announced their daytime David Guetta FMFI residency, which kicks off on Monday July 1st, at the renamed Ushuaia Club venue in Playa Den Bossa. If Guetta is to play Privilege Ibiza for the 2013 summer season, then a Thursday night slot, would be the most likely option for the San Rafel club. The only party that Privilege have officially announced for their summer 2013 schedule, is the ASOT party with Armin Van Buuren for Monday nights, opening on June 17th.

To date, news of a possible David Guetta move from Pacha to Privilege, has gone straight in with a Bullet, to Number 1 on the Ibiza Rumour Charts for 2013. It will be seen as a major move by Privilege, to secure the Frenchman’s services for 2013. In recent years, the Club has not had the best of luck with signings, loosing SHM and Lady Gaga at the last minute. The Elrow Party, in the remodelled Vista Club room, was a big underground hit last season and if Guetta is to move to Privilege, it will provide the club with an established, commercial and prestigious Flagship party, that should revitalise its future. Guetta should have no problem filling Privilege. The Blog must stress, at this stage, the news is just a rumour but we should know more soon as the rumour gathers pace and certain factions play their cards. One thing that is for certain, is that in my many years of experience on the Island, this season has been the most momentous one for change and new beginnings.