Once again, its been a really enjoyable Ibiza season. Just when you thought the dance music scene in Ibiza had gone stale,  along comes a fresh new wave like Diynamic Neon, Elrow and Enter, to reinvigorate the Island. Add to that mix, the emergence of Sankeys, Ushuaia and the growing respect of Ibiza Rocks as a serious player on the live music circuit, one could safely say that reports of Ibiza’s death have been greatly exaggerated. It is true that some of the more established nights now need to re package themselves before they fall behind in an ever competitive market. Cocoon, Cream and We Love were showing their age this season and need to up their game to stay in touch with the younger wave of clubber now enjoying Ibiza. The big new commercial nights such as Armin Van Buuren at Privilege and Tiesto at Pacha, have not been as successful as was hoped. In contrast, Avicci at Ushuaia has been a resounding success (with a young crowd) and he only just missed out to Elrow on a nomination as best party on my awards this year. David Guetta continues his reign as the King of Commercial Dance, as his FMIF party at Pacha remains one of the best on the Island. In club politics, Danny Whittle’s departure from Pacha is a huge milestone in the clubbing landscape of Ibiza. It will hopefully bring a new, fresh sound and attitude to the much loved and respected club. A younger wave is now emerging on the Island and hopefully it will flourish and prosper and loosen the grip held by the old brigade of Ibiza insiders, who continue to control the industry to promote their own self interest agendas. My awards this year reflect the new wave of talent that is emerging and I am happy to say that Ibiza is once again back in the game. 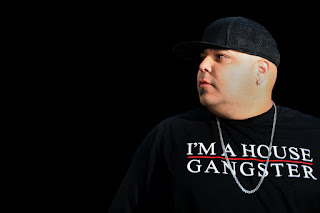 If only for making sure that “fake bitch ass” producers are exposed for what they really are and speaking out and promoting Real House Music, then DJ Sneak is the clear winner of an award. Not alone does Sneak talk the talk, he also walks the walk,  delivering a welcome burst of fresh Chicago House air to the Island, like an oxygen boost to a tired body. His Ibiza sets at Sankeys, Ushuaia and Blue Marlin, have ensured that the reverend roots of House music are preached for all to hear and remind us that House Music is where it all started. A legend of a DJ, who like a movie superhero, has in the nick of time, ridden to the rescue of Ibiza House music. To DJ Sneak, Ibiza says thanks in more ways that one. He is the deserving winner of my Best DJ Award…..respect. Here is a link to a Dj Sneak Set enjoy.

This was a tough decision. It was nip and tuck between Richie Hawitins Enter at Space and Diynamic Neon at Sankeys. I didnt want to create a best newcomer award as that would have just been padding and an easy way to recognise both. In the end I went for Richie Hawtins night at Space as it combined an iconic Ibiza venue with a talented DJ playing minimal techno and House to a great crowd and atmosphere. The talents of Solomun and Hosh at Sankeys are more house related and in my opinion minimal tech should always be recognised as the next step up from true house music. If there was an award for best Spanish Party then it would go to Elrow, who went back to basics and brought a real Mediterranean party to the intimate Vista Club room at Privilege. Typically Spanish, warm and friendly it was a welcome shot in the arm for Privilege who lost both SHM and Lady Gaga due to contractual problems. Lets hope 2013 will be a better year for them.

A well deserved award for a club which has really brightened up the underground house music scene in Ibiza. The team at Sankeys have their finger on the pulse of the new wave sound and its clear to see they are hungry for success. Promoting a new sound and experimenting with fresh and talented DJ’s along with paying respect to some of the greats. A banging sound system in the Basement room makes for a dark and bass throbbing experience, which gets down and dirty with some really edgy underground house. A Club not afraid to jettison mediocre parties, (four came and went in 2012) it held three of the most popular new parties on the Island, Diynamic Neon, Carnival and Viva Warriors, not bad for a club in only its second season. A fantastic atmosphere, great ticket price and a kicking crowd made Sankeys the place where it was at on the Island of Ibiza in 2012. DC10 now has a serious competitor to its best Underground Club title and it will have to come out with all guns blazing in 2013 to try and take it back from Sankeys

After many teething problems and a fairly shaky start, due to a rushed opening last year, Ushuaia has emerged as an excellent beach side venue, ideal for the daytime party experience. With a large budget to attract all the big name DJ’s and artists, Ushuaia is an upmarket experience where quality is ensured at all times. While the VIP areas are well catered for, Ushuaia is still able to make a standard ticket entry a great experience. David Guetta, Luciano, Sasha, Deadmau5, Swedish House Mafia, Felix The Housecat and Fatboy Slim were just some of the names that graced the open air stage of Ushuaia in 2012. Offering a different product Ushuaia looks set to bring Ibiza to a new generation of clubbers. The Avicci party was very popular with a young crowd this year already. Soul City, a free entry club  in the West End of San Antonio, is a guilty secret of mine. Great atmosphere and DJ’s playing R&B, Hip Hop, Reggae and Drum and Bass. A refreshing venue, different for the norm and a place where everybody seems to be having a good time, especially the holiday girls showing off their moves on the pole!

This award goes to the Restaurant Mile on the San Joan road from Ibiza town. There are a number of good people trying to do something different up there and create a new vision for the Island. Places like Aura, Nagai ,La Paloma, Bambuddha Grove, Cicale, Las Dalias, and Atzaro offer an extremely pleasant social and dining experience that reflects all that is good about Ibiza.  An easy, stylish and laid back style, under the Mediterranean stars of the magical Island of Ibiza, its a must do experience. To those people (you know who you are) it is a pleasure for me to promote what you are doing. Long may it continue.

Giving Something Back Award– Cafe Mambo/In The Mix

A well know Ibiza institution on the sunset strip of San Antonio. The Anadon family are one of the Islands most genial hosts and have done more for improving the image of San Antonio than most. Always ensuring a quality product with professional service to match. Earlier this month they raised over €30,000 for the Red Cross charity, when they organised the In The Mix party, an event that saw famous DJ’s like Carl Cox, Armin Van Burren, Roger Sanchez and Judge Jules serve drinks to the public from behind the Cafe Mambo bar. It was a well thought out event and Cafe Mambo deserve a lot of credit for helping to make it happen. This is the way DJ’s should promote themselves…for me its a much more laudable and practical event than the over produced DJ Awards.Well done to the DJ’s involved. Lets hope this great event continues and others copy it.