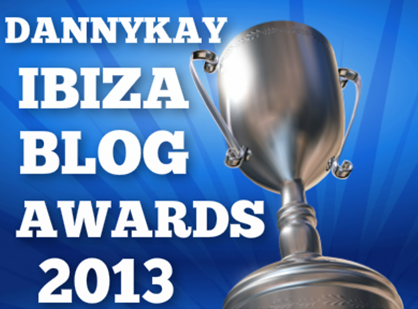 Hard to believe we are nearing the end of another summer season in Ibiza. With the closing parties already underway, the Ibiza clubbing industry is preparing itself for one last push to the finish line. Ibiza 2013, will go down in the history books as a defining and momentous milestone for the island. It was a cuthroat, dog eat dog season, that saw personal and ego driven grievances spill out into the public and international arena. Mistakes and poor decisions were made and lessons were learnt the hard way. Many parties were cancelled and reputations were dented. It was the year of the “Swap Shop” as some nervous, big name DJ’s lent out their services for free, so that two big names appeared on the ticket rather than one to help boost crowds. For a celebrity DJ, a half full venue is worse that contracting a bad case of genital herpes. An over-supply of parties and an under-supply of cashed up clubbers, brought the bite of the European recession home to Ibiza. The well protected elite, the Russians and the VIP market, had no problems dropping €5k on bottles of champagne at Ushuaia, Lio, Blue Marlin and some notorious private Villa parties in the hills. Musically it was a year of change, thanks in no small way to the new direction of Ibiza’s iconic Pacha club. A brave and much criticised decision by certain industry insiders, Pacha once again proved that it has earned the right to influence the musical direction of Ibiza. While it is too early to determine if it was genius, Pacha has proved to the world that it was not dealing in madness. Below are the nominations for my Blog awards. Nothing serious or over-padded, no hiring of venues, dancers or designer awards, just an independent and personal reflection on the people and venues that continued to work hard and keep the true Ibiza spirit alive in such a difficult season for so many.

Pacha    for its brave new direction.
Sankeys  always searching for the next fresh sound.
Eden  for its stylish investment in San Antonio.
Amnesia a perfectly balanced schedule of parties and iconic terrace.

Pure Pacha a reflection of the real Pacha experience
[email protected] french style meets spanish flair.
Avicii the new king of commercial Ibiza? One of the best party atmospheres on the island.
Departures slick production and a great crowd.

Richie Hawtin a master at building a set and gave all to Enter.
Jamie Jones a DJ who keeps it real in true Ibiza spirit.
Loco Dice a veteran who brought a fresh twist to his sound.
Solomun found his natural home at Pacha and looks set to build on it.

The Bassment a real underground room both in music and vibe.
Las Dalias iconic Ibiza venue that reflects the islands true personality
Boutique Hostal Salinas. a venue with a big heart that respects the island
Hotel Es Vive stylish, laid back, with a musical beat and designer feel.

Listen to above tracks here

Winners will be announced on October 8th.