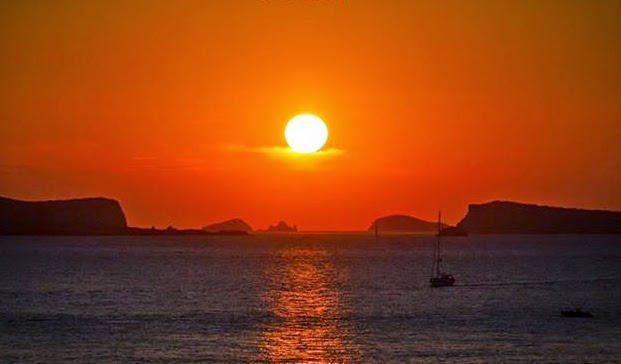 With the closing parties now but a hazy and blurred memory, its time to get back to work and publish our annual DannykayIbiza Awards. In its third year, the awards are an independent and personal recognition of the people and places that made Ibiza so special once again this summer. Put all the politics and greed to one side and Ibiza 2014 will be a year that will be remembered for the music and I must say we were spoilt for choice this summer. I love the fact that new ideas, concepts and parties are still been nurtured in true Ibiza style and to those people who continue to innovate and bring us fresh new ideas – thank you for keeping the spirit of the island alive. To the pillars of the islands musical theaters, the clubs like Pacha, Amnesia, Space, Privilege and Es Paradis – thank you for doing what you do best – being yourself. A special mention must go to the talented people at Privilege who made the most of a difficult season after loosing two big headliners to other clubs. The island owes much to Privilege and to keep the flame burning at the Worlds Biggest Club is more than just a job – its a vocation. The sound of the island this summer was definatley EDM as it was the soundtrack of youth – the most important demograph on the island. Lest we forget, the real spirit of Ibiza, freedom, passion and beauty, is most abundant in the energy of youth and it was good to see people smiling this summer. On the underground scene min tech and deep house still rule. Below are my nominations for awards this year and they reflect the individual talents of all the people who helped make Ibiza so special this year. Winners announced Sunday 26/10/14.

Avicci
Simply put the EDM party of the season. Nobody else came close. Slick production values at Ushuaia and select special guests like Wyclef Jean, added to the atmosphere of a great party.

Tribal Sessions
David Vincent brought us back to a golden era of Mancunian culture, where the party was all about friendships and connections through the love of music in its different styles – reminding Ibiza how it should be – music without ego.

Solomun+1
Put a DJ of Solomun’s smooth style and talent in a classic Ibiza Club like Pacha and you have a marriage made in heaven. Mladen did not disappoint this year and built on last years success. The word Pacha means to bestow an honour or peerage on a person – Solomun has found his true calling in Ibiza.

Together
I just love what these guys are doing with their music. Stripping it back to the deep sound of base and infecting Amnesia with a raw energy of freshness. Chase and Status made this party even better this summer and it deserves to be up there with the best.

Maceo Plex
What a year for the man who had his distinctive musical fingerprint on everything that was cool and trendy on the underground scene this summer. Some killler sets at Richie Hawtins Enter party and re-mixes that for me, were the real sound of Ibiza 2014.  A good guy to boot.

Carl Cox
A legend on the island, the man continues to pack out Space every Tuesday night. Ibiza without Carl Cox would be like drinking heirbas with no ice or not having Raons to fish in September. An institution on the island and showed the overrated and paid Hardwell at Ushuaia, its not all that easy got when playing in the big leagues.

Apellonia
On the deep underground scene this summer, Apellonia were rocking it and were a particular crowd favorite. Their takeovers of DC10 defined the season for many.

Sasha
The word “artist” is very much an overused term when applying it to a DJ. Very, very, few in my opinion deserve the  respect or have the required creative talent to garner it. Sasha is one of them and his pioneering work and direction in English dance culture laid down the foundations for what we enjoy today. A welcome and invigorating return to form from the master at Space and elsewhere this summer.

Space
Hard to believe that the club was celebrating 25 years of creating magical moments this summer. One can hardly put a value on its contribution to Ibicenco society and now, as the curtains start to come down on Pepe Rosellós reign as the curator of those memories, we may but have a short time to enjoy Space in its original form.

Amnesia
Just keeps getting better at Amnesia. Performing consistently strong over the last number of years, it has brought a fine balance of parties to the island. Its musical director Mar-T, has done a sterling job in assembling a schedule of trendy, fresh and classic sounds, at an iconic venue with its roots in hippy culture and open air freedom.

Pacha
The quintessential Ibiza Club that leads the way in true Ibicenco style. The respected and much loved brand delivers a certain standard and level of  quality in all that it does. Pacha is classic Ibiza – long may it remain that way.

Ushuaia
If Pacha is classic Ibiza, then Usuaia is the new fashionable trend of the island. The talent associated with Ushuaia is very much understated, which is a typical Ibicenco trait. Ushuaia lends relevance to “brand” Ibiza as it brings the cream of international celebrity and electronic talent to the island in an open air, beach-side venue that is very much Ibiza. Superior production values combined with the flair of Spanish style and culture.

Steve [email protected]
An astute signing by the team at Pacha that has reaped rich rewards in only its first season. The young crowds were flocking to this party all summer long and Aoki poses a threat to David Guetta as the new King of EDM.

Amnesia Presents
Another big hit this summer in Ibiza. The House Of Madness parties on the terrace were rocked by Dimitri Vegas and Like Mike who drove the electric atmosphere at the new party this season.

[email protected]
Loved what Tube&Berger were doing at Suara this summer and along with Coyu and Gui Boratto, were creating their own sound at Booom. Expect to hear a lot more of this Spanish party next season – as other clubs come looking at its talented potential.

7 [email protected] Hotel
A random atmosphere in a truly unique Ibiza venue. Sonny in the Karaoke Bathtub along with other random acts of spontaneity ensured that the real spirit of Ibiza is kept alive. With music to match, 7 Wallace and Idris Elba were the stars at Pikes Hotel this summer.

[email protected]
Art made a welcome return to the island with the birth of Phantasmagoria in the fertile minds of Mike and Claire McKay. A futuristic, art noir creation, that stepped outside the shiny box of commercial Ibiza.

Ben Fhurst – Lucky Life.
Australian lawyer Fhurst, looks like a younger version of Solomon and thankfully his DJ skills match the profile. Attached to the Lucky Life label his sound is both experimental and smooth and he has popped up at Pikes Hotel, Space and some of the best boat parties on the island.

Matt Relton – Black Butter Records
Under the alias of Kidnap Kidd, Relton has steadily been making a name for himself on the White Isle this season.

Mambo Brothers
Christian and Alan, sons of Mambo King Javier Anadon, have been in the company of world class DJ’s since they were knee high to a grasshopper. With sets at Ushuaia and other high profile venues the genial Ibicenco Mambo Brothers, are beginning to spread their DJ wings to Miami and elsewhere.

Manu Gonzalez
Ibicenco Manu has been making a name for himself for the last number of seasons in Ibiza. This year his productions were supported by Richie Hawtin and Marco Carola and he has been a regular at Sankeys and Space. Expect to hear a lot more from this DJ next season.

Supermartxe @Privilege
One of the islands best loved parties with a flamboyant and Fiesta Style atmosphere within the walls of the Worlds Biggest Club.

[email protected]
Colour, vibrancy and fun Elrow is a cacophony of visual thrills in theatrical  Spanish style, The party did not fail to impress once again.

[email protected]
A modern, minimalist and interactive approach with a touch of French flair from the brainchild of Ushuaia founder Yann Pissenman Ants opens doors to possibility in true Ibiza style.

Pikes Hotel
Andy McKay of Ibiza Rocks has brought new life and direction to an old and ageing concept. Pikes Hotel is now all about human interaction, up close and personal in a friendly, laid back atmosphere where people can talk to each other while experiencing diverse and underground billings.

Sa Trinxa
Located in one of the most beautiful areas of Ibiza, the nature preserve of Salinas, this beach-side Chiringito has been an outpost of hippy freedom for decades. Its host, John San Trinxa is regarded as on of the best freestyle DJ’s on the island.

Bora Bora
The legendary beach side venue, founded by DJ Gee in the mid 90’s, is hardwired into the soul of the islands party lifestyle. Dancing in a free and open environment with sands between your toes, Bora Bora continues to lead the way for daytime parties.

I have already listed some of the Top Tracks of Ibiza 2014 here. Below is the shortlist of four;
Oliver $ & Jimi Jules – Pushing On
Caribou – Can’t Do Without You.
Watermat – Bullit
Ten Walls – Walking With Elephants