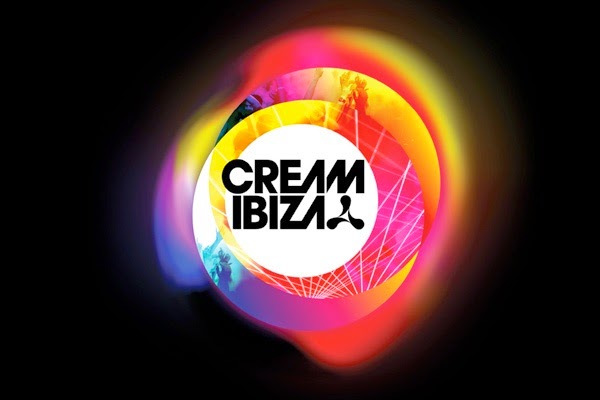 Nick Ferguson is living the Ibiza dream. Like so many enthusiastic young adults who visited Ibiza on a clubbing holiday, he was intoxicated with the magic of the island and decided to have a go, starting work as a ticket seller and PR on the streets of San Antonio in 2001, right at the very bottom rung of the ladder. With a good attitude, personality and a hard work ethic, Ibiza can offer the right people some great opportunities and Nick soon worked his way up becoming PR Manager at Cafe Mambo, then promotions manager at Kanya on the sunset strip. He then began working as operations manager for Tiesto in Ibiza, before Cream spotted his talent and appointed him as their full time promoter and Booker in 2012. As an adopted Scouser from Cornwall who cut his teeth on the streets of San Antonio, he understands better than most, how Ibiza works and his young hands will help shape the future of one of the islands oldest and most loved parties. A respected but modest figure on the Ibiza scene, we catch up with Nick Ferguson and ask him about the season ahead and a new departure for Cream as its celebrates 21 years on the island of Ibiza and hosts the Creamfields Ibiza Festival, on Saturday August 1st, with The Prodigy headlining an exciting lineup over there venues.

Congratulations on 21 Years in Ibiza and an impressive line-up this season. What makes the Cream party successful and will we see Cream in Ibiza in another 21 years? 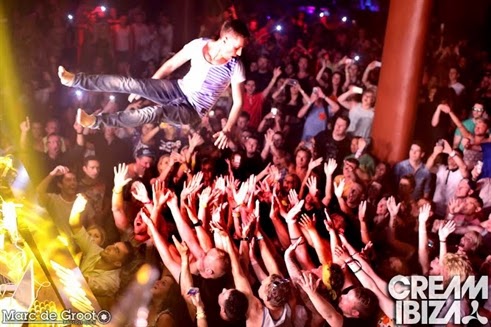 Thanks Danny. Cream Ibiza has lasted 21 years for many reasons but I believe consistency is the key. Every year seems to be an exciting “year of change” yet we remain in our trusted spot: Thursdays at Amnesia.

I believe not constantly changing days and venues and being prudent with line up and musical style changes are essential to consistency, and keeping our audience satisfied. We have always booked a fantastic range of artists from colossal superstars to exciting breakthrough acts, true legends of the game and a few exciting curveballs .

We try to be competitively priced, yet deliver what we regard as “The Cream experience”…the islands best production, at the islands best club, with a range of quality music and worldclass DJ’s, surrounded by an always up for it crowd!

The new line-ups are different from previous seasons. More of an underground feel to them. What will the underground names bring to the party…..Is this a new departure for Cream, or is it just reacting to what people want?
The last few years have been fantastic for Cream Ibiza but the time had come to freshen up the line ups and have a more forward thinking approach musically. We believe this years terrace line up has a great balance between all kinds of house music from the Big room sound to deeper, techier and more credible styles.

The current music consumer is a lot more open minded which is great when we currant our line ups! This is illustrated by us booking such exciting, yet diverse acts as Duke Dumont, Sasha and Kolsch to Alesso, Fatboy Slim and Carnage. All great acts, all playing great, yet different music!
What do you look forward to most on this years line up?

Personally I am delighted Eric Prydz will be with us for 6 exclusive dates, he along with our much beloved Paul Van Dyk and Above and Beyond form a formidable trio of exclusive residents! Sasha’s long awaited return for our 21st birthday will be very special and we’re looking forward to bringing Tchami to Ibiza, we expect big things from this act. Closing with Fatboy Slim will hopefully be  the cherry on the cake of a great season, we are honoured to have him on board!

Trance in Ibiza. Whats it current health. Where is it going?
It’s a sad misconception that trance is apparently perceived as dead to many people. Long gone are the days where it dominated the airwaves and chart, but it still features heavily at every major festival around the globe, there are incredible worldwide shows like ASOT and Luminosity dedicated to it and it has a important home within Cream, as it has for many years.

There are several decent trance shows a week in Ibiza and I think that’s more now than there has been for a long time. Many of the acts have diversified their sound, many wouldn’t consider Above and Beyond, who have had the best year of their careers to be trance any more….its moving on and being more far reaching in sound.

It does cross over a lot to different subgenres, like hard, big room dance and techno. But pure trance fans still come in their droves each week to Cream Ibiza and long may that continue!

In your opinion what is the classic Ibiza sound? Is it House/Deep House/ Min Tech?
For me personally it will always be the classic house sound of the early millennium, dancing around Manumission, Space and El Divino to the likes of Masters at Work, Subliminal sessions and Felix Da Housecat! Thank God, however that Ibiza has such variety. Wouldn’t it be boring of all 8 or so clubs and the same music 7 nights a week?
Where is the clubbing/music scene going in Ibiza? it the island reacting to trends rather that setting them?
Ibiza always has been and always will be, one of the most important factors in the world of electronic music. Where else do you have an island half the size of Cornwall where the best artists come and play every night of the week, at some of the best venues in the world, infront of packed crowds? The Ibiza scene is always moving forward.
Although there are many things that many of us miss about “The good old days”, Ibiza is in a healthier state than ever. I think its clean, its less noisy, less rowdy and now offers more diversity as appeals to all kinds of holiday maker and all age ranges.

I am mindful of the VIP element taking over the island, its very apparent that to some the island is just a cash cow, and rightfully so its longevity and preservation does concern a lot of people. Musically its more exciting than ever but its important certain sounds don’t become over saturated though.

I believe each venue should try and create some equilibrium by trying to cater for different crowds throughout the week.

All this being said, is there a better place in the world than our wonderful island?