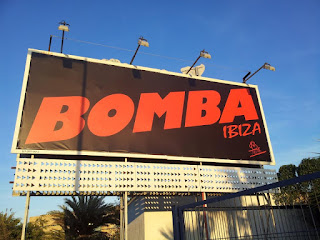 In the past hour, Bomba Ibiza, owned by Giuseppe Cipriani and managed by ex-Pacha musical director Danny Whittle, has succumbed to the inevitable and announced that it will not be in a position to open next Wednesday, May 22nd. Bomba issued a statement on their Facebook page that read “Bomba Ibiza informs that the opening date of the club has been moved to a later date, to be announced very soon. The weekly lineup will include artists like Cadenza Vagabundos, The Official Defected In The House, Erick Morillo and some exciting surprises yet to be announced. Bomba maintains its mission to deliver a venue that is focused on incredible music and DJs, with a world class clubbing experience. So soldiering on and in true Ibiza spirit the team announces a series of special one-off parties in Giuseppe Cipriani’s restaurant, Downtown Ibiza. This will kick off on Wednesday May 22nd with an exclusive set from Disclosure followed by Fatboy Slim on Thursday May 23rd with more to be announced soon.”

The sad news comes just two days after the Ibiza Town planner, Alejandro Mari confirmed, that he had not  finalised his report to the objection lodged against Bomba last month. The objection is delaying the issuing of a licence to operate as a nightclub. While Bomba has stated that it will announce a new date “very soon” this logically might not happen until the official report and its findings are discussed by Ibiza Town Council and a verdict is given. The council meets once a month and their next scheduled meeting is in June. If the report is ready by then, Bomba could get the green light to proceed with its plans to refurbish the dilapidated old club in August.  A “manana” approach in Ibiza, is not a good sign and one would hope that the Club can open this season. The blog will update with any relevant news on this breaking story once it becomes available.

Update 12/6/13 Work has started on site to refurbish club. Club should be open for July.
Update 31/5/13 Emergency meeting grants Bomba licence to open as nightclub.