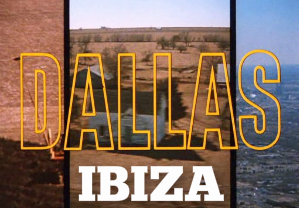 With the imminent arrival of a new mayor in Ibiza Town, an emergency motion put forward to secure the licence to operate Bomba as a nightclub, was successful yesterday afternoon. Town planner Alejandro Mari, confirmed that there was no grounds to uphold the objection that delayed the opening of Bomba on May 22nd last. In a week of political manoeuvring, the outgoing Mayor, Marienna Sánchez-Jáuregui, missed a planned meeting to discuss the issue due to illness. An emergency meeting was subsequently convened to rubber stamp the report so that work could start refurbishing the dilapidated premises into the “Bomba” concept. It will be good news for the team at Bomba, who have had to weather the temperamental and unpredictable nature of island politics to get this far. Danny Whittle, the manager of Bomba, has said that he hopes to have the club open for business in June. All going to plan and with no problems on site, this is an achievable marker but then this may be the first hurdle of many, that will have to be jumped. After the licence was granted, Danny Whittle had this to say “after so much stress and hard work we have it. just want to say thanks to everyone who stayed positive and I dont want to say anything to those who didn’t.”

Ibiza is fast turning into a real life Mediterranean version of the famous American TV series, Dallas, which revolved around the feuding rivalries of wealthy families and business. Big ego’s and even bigger bank balances fought over oil rights and licences in a stylish and glamorous environment amid political and personal intrigue. While the PR spin may market that it is “all about the music” that innocent perception is now open to debate as chickens come home to roost. With Ushuaia, Sankeys and Pacha, making good starts to their summer season last week, Bomba, has a lot of ground to make up if it is to have an impact this summer. Its musical program is far from ground breaking. Mark Netto of Bomba stated at IMS last week that, “Change isn’t always embraced on the island”. If Bomba wants to embrace musical change, then it needs to have a look at its program and introduce fresh new acts, because at the moment, its more of the same music we have been listening to for the last ten years in Ibiza. That’s not change. I have my own opinion that DJ’s of a certain vintage need to move along, allowing youth and new styles to replace them.

Sankey’s has introduced change, so has Pacha and Ushuaia. Privilege has introduced us to the exciting Elrow party and Ibiza Rocks continues to innovate. The door is now open in Ibiza for new talent to emerge and make the breakthrough on the island. If Ibiza does not embrace change it will end up like Las Vegas, controlled by vested interests and well connected “Industry types” promoting their own agendas. Bomba rightly deserves its opportunity to show what it can do. It is unfortunate that it was not allowed a fair run this season. Ultimately, it will be the people who decide the fate of any club or musical concept in Ibiza and having just returned from the opening parties myself, change on the island is very evident this year. Is it good change or bad….that is the real question and depends on your personal point of view. We will have more to say on this as the season progresses but for now we would like to congratulate Bomba on a considerable breakthrough this week, that puts them right back in the game big time.

Update 12/6/13 Work has started on site to refurbish club. Club should be open for July.