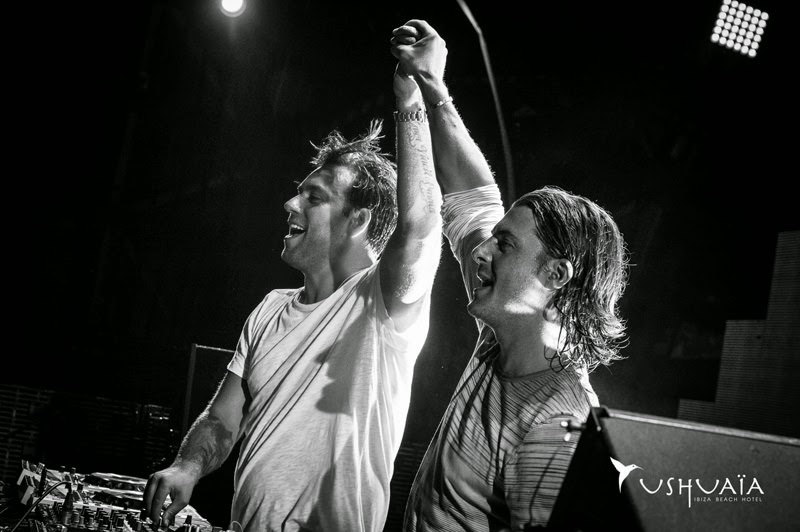 We sent our reporter Lorna Murphy to Ushuaia to check out the Departures party on July 23 last. This is the review she sent us. The billing for the night I attended was smaller than normal with only Oliver Heldens, a young Dutch DJ/Producer advertised as the warm up act, however there was a second, Sylvain Armand, a French DJ/Producer who played earlier in the evening. The crowd was small during Armand’s set and I was distinctly underwhelmed by his performance, his tech house style did not appeal to me. Helden arrived to the stage shortly before 8pm and his unique sound merging deep house and tech house served as a relaxed introduction to the evenings’ show. I was somewhat disappointed at the commercial nature of some of the tracks he played in the early portion of his set. As the evening progressed I gradually began to enjoy his set more and more. Helden played some of his own productions such as his recent success ‘Gecko’ and an upcoming single ‘Koala’ which has an energetic and addictive rhythm to it. Towards the end of his set he increased the tempo and held the attention of a now capacity crowd beautifully. I had never heard of Oliver Heldens prior to this night but he is definitely a DJ I will be keeping an eye on. 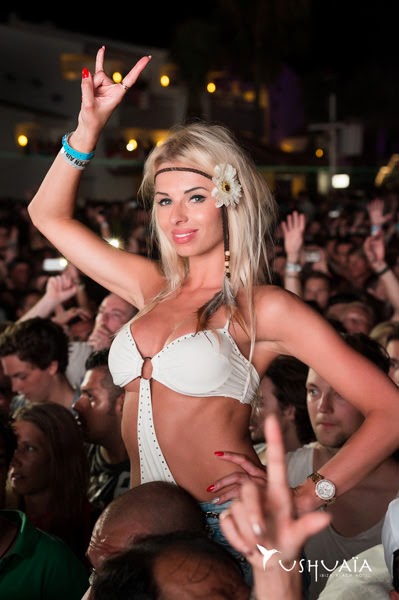 Shortly after 10pm Axwell and Ingrosso took to the stage and opened with their specially created show opener, ‘This Time We Can’t Go Home’ swiftly followed up by their SHM classic ‘We Come We Rave We Love’. From the first beat it was clear Axwell / Ingrosso were here to make a statement and a very bold one at that. The third track into the set, Alesso’s Tear the Roof Up literally would have done that if Ushuaia had a roof. The crowd was up for a serious party and the DJ’s felt it. The pairs parting ways as SHM and a break seems to have provided Axwell / Ingrosso with renewed energy and a fresh passion for the music. Their set was a cleverly constructed piece of work comprising of SHM favourites such as ‘Antidote’, ‘Save the World’ and ‘Don’t You Worry Child’ albeit with new edits or mashups of every single track and new material such as ‘Sun is Shining’ and ‘On My Way’, tracks that will likely feature on their forthcoming artist album.

The new music of Axwell / Ingrosso is different; if you are expecting a similar sound to SHM then you may be disappointed. Their new sound is more complex consisting of elements such as piano, guitar, strings and drums. It seems to be a conscious decision on the part of the artists to change things up in an industry that may soon become jaded by the same type of mass produced electronic music being churned out at present. In the middle of the show both Axwell and Ingrosso paid homage to each other, by playing some of their individual productions, a nod to their past as individual DJ’s. For Axwell his hits, ‘I Am’, ‘Center of the Universe’, ‘In my Mind’ and his most recent remix of Hook n Sling ‘Tokyo By Night’ ft. Karin Park were played. For Ingrosso, ‘Calling (Lose My Mind)’ and ‘Reload’ brought an end to a spectacular show.

Their encore consisted of new material entitled ‘Sun is Shining,’ a collaboration with Ryan Tedder (One Republic) and Elton John, which was a fitting way to bring down the curtain on another successful Ibiza party. 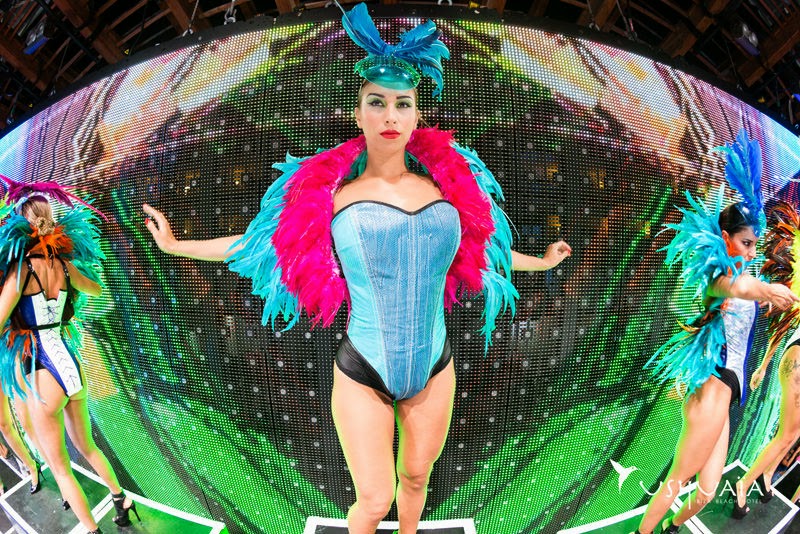 The creative team behind the Departures show have focused on a holistic user experience. The music without a doubt is the centre point of the user experience but the other elements compliment this. The peacock inspired artwork used for promotional materials and advertising has followed through onto the event site with stunning feather haired dancers in flowing green gowns strategically positioned around the venue and artists on hand to adorn peoples’ bodies with high quality face paints and body art. You can’t help but be carried away on the wave of high octane music, production and performance level created by Axwell / Ingrosso and their team. Departures, showcases the talent and skill of Axwell / Ingrosso beautifully. You forget everything for two hours and are just carried away to a place where nothing but the music matters.
Words By Lorna Murphy of Electronic Music Adventures.