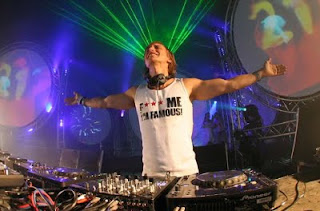 How do you define a good party? That is the question. In Ibiza, all music tastes are catered for, so what one person may think is a great night, another will prefer something different. You say tomato I say tomato type of thing…….

Ibiza is an Amphitheater of sound and music, where the finest DJ’s and producers in the world come together to display their talents.

Therefore I am going to list the best 5 parties on the Island by their popularity, atmosphere, production, creative qualities and venue combined. Whatever party a person decides to attend, they can be guaranteed a night of decadence, cool beats, world class DJ’s  along with hot guys and girls.

This 24 hour marathon of minimal techno is one of the most eagerly awaited parties on the Island. Its the party where the freaks come out to play……. the Islands worker population. The real party people. The boys and girls who leave their mundane lifes behind them to work hard for small wages, just so that they can experience the magical Ibiza vibe for one, hot, Mediterranean summer.

The party has that end of season feel about it. Everybody is out to really let their hair down and have a good time, to make this last night the best of the season…… for tomorrow they go home.

There is free entry for some, and drinks are normal prices, as the club says thanks to the locals and workers who supported them throughout the season.

This party is usually held on the first weekend of October each season and is frequented mainly by people in their early 30’s, but there is a good mix of age groups and nationalities. The sound is heavy with techno beats and bass sounds so it may not suit everybody’s tastes.

The party that kick starts the season. A party of style, sexy people and fresh DJ’s all waiting to unleash their new sounds on an eager, hungry crowd. The atmosphere is one of the best of the year as everybody is excited about the season ahead and the start of the Ibiza summer.

Most people fly in for the weekend and leave on the Monday. The party is held in Playa Den Bossa on the last weekend of May each year. The resort fills quickly and good accommodation may be hard to find. Bora Bora beach bar throbs with bodies and sounds, and its a great place to take a break from the full on party at nearby Space.

A good mix of people, many nationalities and the worlds best DJ’s combine to make the Space Opening party one of the best opening parties in the World. The venue is famous for its terrace, where a lighter, summer style of House music is played as incoming jets fly 50ft overhead.

The party has a mix of different styles of House music and there is something for everybody there. Due to its huge success in the past few years, the party has now grown to encapsulate 2 days, Saturday and Sunday.

Tickets may be hard to get so book early to avoid disappointment.

The most flamboyant and colourfull night of the party season in Ibiza. Held on Friday nights, in the biggest club in the world, this party brings together an exuberant and diverse mix of fun people. The atmosphere is charged with hot sweaty bodies and fit dancers. Its a place to be seen and show off.

Popular with the Gay population and one of the top gay nights on the Island, it has evolved into a party where everybody is free to have a good time, whatever their sexuality. More reflective of the old Ibiza, where people came together to dance, perform and have a good time.

Music policy is not as important as the show, but the sound is mainly house with a good mix of electro and other popular dance tunes. Live performances are common and its the kind of party where anything can happen…………

If you like your parties a bit saucy and risque…….. then this is the place for you.

The most popular night in Ibiza at present, held in one of the sexiest clubs in the World, Pacha. David Guetta has sold out every night here as Pacha is thronged with people ready to party to the chart topping sound that has made Guetta a household name.

The atmosphere is electric and there is a serious buzz when Guetta is on the decks, so much so that there is hardly any room in the place to dance on. Guettas popularity seems to know no bounds, as each year demand for tickets grows stronger with tickets costing up to €70.

The music policy is Electro House with lots of light, airy vocals which are easy to listen to. The crowd is full of young females and males under 30 with a good mix of nationalities. Thursday nights have become David Guettas, such is the mass popularity of this party.

A live music party held in the courtyard of an old hotel in San Antonio, the Club Paraiso. The dynamic, creative team that ran the iconic Manumission parties have now progressed to Ibiza rocks, where they cater to the hedonistic young 18-30 agegroup.

Get down and dirty with this crowd as they REALLY know how to party 24 hours! They are the kids of the outdoor music festivals who love the live sound and performance of  raw energy on stage. That energy resonates throughout the hotel, as young people dance on their balconies and jump into the pool fully clothed…. just for the fun of it.

Mad, Crazy and Spontaneous, this party is not for light weights. The crowd is predominately English, but there is a good mix of other nationalities, but not to the same extent as other nights on the Island. The live music has to finish at midnight, where the madness continues on, free of charge, at the nearby Eden Club until 6am in the morning.

There are four full moon parties held in secret locations on the Island throughout the summer in Ibiza. They are organised by the local Hippy population and invitation is by word of mouth only. The spiritual significance of a full moon is not wasted on the people that attend these parties.

Dancing, meditation, drums, fires and free abandon, where mind and soul become one with nature is the ethos that these parties stand by.

If a person feels that they would belong at one of these parties…… then head to Benirass beach on the Sunday Evening before the full moon, where the hippy population congregate to worship the setting of the sun. Inquire discretely and see what happens……….