The Wisdom Of Solomun. 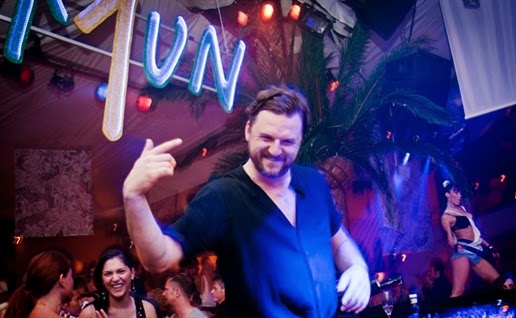 Bosnian DJ, Mladen Solomun, has been one of the brightest new talents to emerge on the Ibiza scene in recent years. Introduced to the island by the canny David Vincent at Sankeys in 2012, Solomuns first season in Ibiza was with his legendary Diynamic Neon party which captured a moment in time on the islands clubbing history. Vincent was building his back to basics, styled party experience where music and people came before image and VIP. In 2011 Ibiza had become stale and Solomun with his Diynamic crew, brought a fresh new wave of forward thinking music to the island. Vincent delivered the real party people to the club, the islands workers, and everything fell into place resulting in one of those special Ibiza moments – a party that was all about the music and vibe. As Solomun and Diynamic had a rolling contract with Sankeys, the success of 2012 brought a different dynamic to the table – money. Solomun understandably wanted more as other clubs came calling for his services, Pacha in particular wanted a slice of the action especially as they had cleaned out their club of high paid DJ’s and wanted to be part of the new scene, not apart from it.

Vincent fought long and hard with the decision of what to do. His heart was telling him to let Solomun stay but his head and investors were advising him to let his star player go to Pacha. In the end he decided to pay the increased salary and share with Pacha, not an ideal situation but it meant that he still had Solomun and Diynamic in his club building on the hard work of the previous season. For Solomun it meant that he retained street cred, while defecting to the less underground image but better paid surroundings of Pacha. As 2013 progressed, relations between Solomun and Sankeys became more business than fun and the magic of the previous season was slowly diminishing. It was not the cash cow that the accountants had projected and Vincent knew he had made an error in judgement. Ibiza 2013 was remembered as the year of sharing DJ’s a concept that did not work out so well as talent was diluted. It was an easier decision for him to say goodbye to Mladen in 2014 and Solomuns party at Pacha became a success. The decision by Diynamic to leave for Cova Santa was ill-advised and the label has some work to do if it is to rebuild its image after a stalled summer season caught up in island politics.

For Mladen Solomun however, the future looks bright as the clubs once again come calling for his services in 2015. His Solomun+1 party was the highlight of the Pacha season from a musical perspective and Solomun looks set to take over Guetta’s role as the King Of Pacha especially if Guetta walks next year after details of his salary were made public by Ricardo Urgell. On the issue of wages, word around the campfires in Ibiza, is that Solomun is asking for an extra €1 million a year to stay at Pacha, as Amnesia have made an offer to bring him to San Rafel. If the rumours are true, its a tough and tricky decision for Solomun to make. Does he stay and consolidate his position at Pacha or move to Amnesia which is now the islands premier club. The wisdom of Solomun will be required over the winter months to deal with this judgement as Pacha may not be in the mood to bow to excessive DJ demands. However it can ill-afford to loose the services of Solomun as he offers them the best opportunity to remain a credible player on the Ibiza scene.