The Return Of Danny Tenaglia To Ibiza 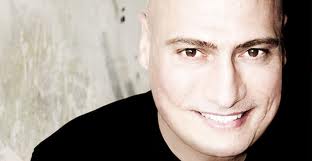 It was Mark Twain, that first uttered the famous quote that, “Reports of my death have been greatly exaggerated” after reading a premature obituary of his demise in the New York Journal. The same could be said of Danny Tenaglia, who first started experimenting with music as a 10 year old kid growing up in the ethnic enclave of Brooklyn NY. A self imposed hiatus from the industry, but not the music, was announced on his Facebook page on April 17th, 2012. To the people that know Danny, it was not so much of a surprise. One thing that can be said about Tenaglia, is that he is human and like many of us, can have good days and bad. His personality is like a candle, warm and inclusive, which was the ethos of the first club that defined his style, The Paradise Garage, in Hudson Square, New York. Danny’s Facebook confession last year, was an honest statement of how he was feeling at the time. It was not manipulated or contrived by PR Spin and marketing executives trying to protect their financial investment, it was a man being true to himself, his feelings and his Facebook friends. This is what makes Danny Tenaglia different from some other “industry” DJ’s and in my opinion, its a style of DJ and music that people now want to hear. Something that is real, true to the music and uncommercial. Danny wears his heart on his sleeve.

Danny Tenaglias association with Ibiza, started back in the year 2000, when he played a number of one off gigs at Privilege, Space, Pacha and Amnesia. In 2003, he announced that he would not play Ibiza that summer, due to club politics and certain people wanting him to commit to an exclusive residency. That was not Danny’s style, he preferred to play in an universal environment and not one that restricted or contracted him to one place. In June 2007 he returned to the Island, to do a one off gig at the Space Opening Party, where he famously dropped, Frank Sinatra’s My Way, into his set. It was such a success that Space asked him back the following year, to take up a summer residency at the club in July 2008.Danny did a weekly residency that year, but did not return to Ibiza due to three bereavements in his family in a short space of time, which included his mother. Understandably, this took its toll on Danny’s health and outlook on life. Ibiza did not offer the comfort that Danny required at the time and he retuned to his home, but not before releasing The Space Dance in recognition of his residency at Space Ibiza. It reached No1 on the Billboard charts in November 2008.

In 2012 Danny played a 90 minute teaser set at the Amnesia Closing party, before an impromptu appearance on stage with Richie Hawtin at Space. However it was at the Sankeys Closing Party that Danny was allowed the time and freedom to be himself. There he played an 8 hour set and was introduced to the advantages of the Traktor DJ software application. For a DJ who traded in the depths of  12″ singles and CD’s for over 30 years, the sudden awakening to the freedom of having all the tools of your trade virtual and hassle free, was enlightening. It allowed Danny to be more creative as he had extra  time to interact with the crowd and select his music, now that a computer search box found his music rather than having to physically find it in a real box. To a freestyle DJ, easy organisation and filing of tracks is a godsend and a far cry from the old days of franticly trying to find a track, while at the same time holding a drink or conversation with somebody and keeping an eye on the crowd.

It was that unplanned gig ( David Vincent had only booked him after a chance meeting at DC10 the previous day) that has helped Danny Tenaglia fall back in love with Ibiza and its music. It was one of those defining, special moments, that people can discover by chance on a magical Island in the Mediterranean. After the party I spoke to David Vincent, who along with a professional ear for recognising quality music, is one of Danny Tenaglias biggest fans. Vincent rates Tenaglia as ” the greatest DJ that has ever lived ” and told me that after Ibiza last year, “Danny really wants it again”. Danny Tenaglia has already said on Facebook that he can feel an “Ibiza residency coming in 2013”  rumours from industry sources in Ibiza suggest that Sankeys would be his preferred choice. The relationship Vincent has built up with Danny Tenaglia is one of mutual trust, respect and most importantly, understanding of the person that is the real Danny Tenaglia. Danny would be most welcome back in Ibiza, as the Island needs to employ his talent to help remind the industry, that it should always be about the people, the vibe and the music….nothing else.  The intimate surroundings of   Sankeys Ibiza, is an ideal environment for Tenaglia to work his magic and it would be a natural home for one the Worlds most respected artists.