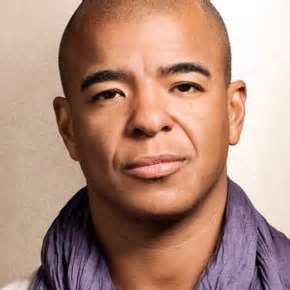 Another high profile party is set to depart Pacha Ibiza, and this time, its one that is certain to raise eyebrows across the Worlds Dance Music Industry. Reports from the Island of Ibiza, are suggesting, that Erick Morillo and his Subliminal party, have ended their thirteen year relationship with Pacha, one of the oldest associations on the Island. In a previous blog on Subliminal plans for Ibiza 2013, we alluded to an omission by Subliminal, of a venue for their Ibiza Opening party, which was announced on their Facebook page for May 29th. The day after the blog published this story, Erick Morillo tweeted “Gotta love the rumour mill!“. This tweet was soon followed, two days later, by an updated post on Facebook, confirming that Pacha would be the venue for their Opening party in Ibiza for 2013. That seemed to put the rumour to bed, until surprisingly, on the 11th of February, Subliminal removed the May [email protected] Opening party announcement, in tandem with Erick Morillos website, which also took down dates it had posted, announcing Pacha as its venue for Ibiza 2013.

Since the removal of the May 29th confirmation,  speculation on the Island has been rife, as to the future plans of the Subliminal label on Ibiza. Its now reported, that Subliminal has left Pacha, and that it is set to move to Danny Whittles new club, at the old Penoples venue. It will now join forces with another ex Pacha party, Defected, and a number of other acts, (including unconfirmed reports of Cadenza records), to launch the next phase of Danny Whittles career in Ibiza. Time waits for no man in Ibiza and the Island is undergoing many changes at present, most notably, the welcome emergence of certain clubs to embrace new talent and freshness, rather than paying out for expensive commercial DJ’s and tired brands. Both Defected and Subliminal, will most likely benefit more under the brand management skills of Danny Whittle, than they would if it remained at Pacha under new managment. Both labels have been around a long time now, and are more suited to their niche market rather that a mainstream commercial, or underground one. If anybody is to maximise and maintain their appeal on Ibiza, it will be Danny Whittle, who knows both brands well, along with Luciano and Cadenza, who he marketed from an underground act at DC10, into a successful commercial brand with the help of the late and sadly lamented, Sam Guetta.

As Pacha continues the spring clean out of its club, Tiesto, Erick Morillo, Luciano, Defected and Pete Tong, who made up over 70% of the Clubs programme last year, are all now gone. The Island awaits the official confirmation by Pacha of its summer 2013 schedules, one of the most eagerly awaited announcements in recent years. It is sure to contain many surprises and as a club, its 2013 season, will go down in the annals, as the year that Pacha changed direction and embarked on a new vision for its future. With Ibiza becoming even more competitive, it will be the clubs and promoters that can offer something fresh and new, that will most likely survive. The days of big name, over the hill celebrity DJ’s, may be nearing an end in Ibiza, as the Island starts to embrace change, allowing new talent to emerge and experiment with fresh sounds.