A week on the white Isle was never going to be complete without a trip to the most established of clubbing destinations and with me as the decision maker in our foursome, I decided that a night at the Enter Opening Party in Space was to be the ‘big night’ of our week long sojourn. Having visited Space (We Love) on a previous trip I was certain that Space was the destination I wanted to hit, but Enter… well, that was what I was going to find out. How would it measure up with other Opening parties, and how would it compare to other Space parties in particular.

We arrived at the club shortly before 1, and with minimal fuss were soon exploring the halls of this rocking amphitheatre. Boy had I forgotten how big it is. As my companions were first timers in the club, we were anxious to explore the various rooms & get our bearings. Each time we thought we were ready to dive in; we’d stumble across another chamber with a different set, with each room moving along to its own thumping beat. When we finally settled for a drink at the Terrace Bar with Argentinian favourite Barem spinning the beats, we decided to mingle with our clubbing brethren to gauge the mood of Enter. Suffice to say; opinions were divided. Azeem, 32, a celebrity booker from London was in no doubt that this night was all about Richie Hawtin and his genre of music. He spoke of his preference for We Love where the variety in each room can provide welcome contrast, whereas at Enter, the night really is all about Hawtin and the similar sounds he has put together for the night.

We spoke with 3 backpacking Australians who echoed these sentiments, comparing the repetitiveness of the artists at Enter with the variety and electricity of Avicii. But in equal measures we met clubbers who championed the merits of the evening, advocated their passion for Richie, and assured us that Enter was indeed the night not to miss! After that another exploration around the different rooms was in order. Whether it was Paco Osuna in the Main room, or DemDike Stare in the Mind Room, each room provided something unique and the experience was most definitely memorable. 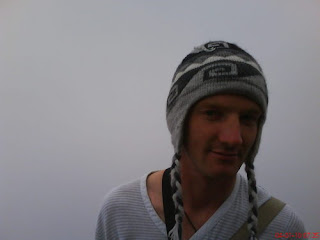 As the night transpired we realised that Azeem was on the money, and as the music evolved throughout the night, it became more and more repetitive with the inimitable genre of Hawtin becoming more and more recognisable. However, this thought can only be counter balanced by the show which transpired as the morning crept in. As the main man made his entry around half 3, any faint grumblings were soon distant memories as the heaving crowd rose to the occasion. As the beat got dirtier, the main theatre gained intensity and the dancing continued deep into the early hours.

For ourselves, we certainly gave the night the thumbs up. Enter may not have the variety of other clubbing nights, but for what he is trying to achieve, I think Richie gets it pretty spot on. It was a definite +1 from us as we swayed out of the club into the impending dawn of Playa d’en Bossa.
Words by Rob Long