As his 2700 masked customers, queued patiently near the sunbaked salinas salt plains to enter his club, DC10 owner Antonio Carbonaro watched nervously as he prepared to officially open his doors at 5 pm on Monday, October 11, the first time in over 22 months. His underground club, one of the few remaining bastions of pure dance music culture on the island, was operating under a tight legal leash imposed on it from Palma due to Covid 19 restrictions.

A stranglehold that would prevent him from running a profitable event and place him at the mercy of risk-averse Catalan law enforcement, Covid inspectors and fine imposing local councils. He potentially had a lot more to lose than gain, but DC10 was never about the money, it was always about the music and it was for this reason alone that Carbonaro and his partner Andrea Pelino took the brave decision to place their heads in the jaws of Spanish law and open their doors for three events this October.

Undercover police officers and Covid inspectors mingled with the crowd which stretched back for miles creating probably the longest queue ever seen on the island. DC10 is an old warhorse when it comes to dealing with the intricacies of local Ibicenco politics. It has lost a few skirmishes in the past, but unlike its old adversary Space, it continues to fight the battle that plays out both culturally and politically on the island each year. But this war is not a local one anymore, the eyes of the world are trained on how Ibiza deals with the whole Covid 19 minefield around clubs reopening. The environment is politically charged around this issue as local resident groups like PROU a Catalan word that translates as Enough, gain prominence leading an anti-mass tourism lobby that has targeted the clubbing industry for what it claims is anti-social behaviour that threatens the health and safety of the local population.

Now armed with recent data that confirms the island’s economy can easily survive without the clubs, it is pushing home its agenda with a Catalan friendly Balearic government in Palma with close ties to the Pedro Sanchez coalition in Madrid, which is in turn supported by the Catalan Independence group ERC. The political environment has changed much in Ibiza ever since the club-friendly conservative PP government, now in opposition, lost its vice grip control on the island after the rise of the socialist tide that lifted Podemos into power.  A well oiled socialist political machine is playing to its sizeable and influential audience of land-owning Catalans who have benefited from the clubbing industry in the past, but now nearing retirement years are wanting a more peaceful and less crowded island to live on. 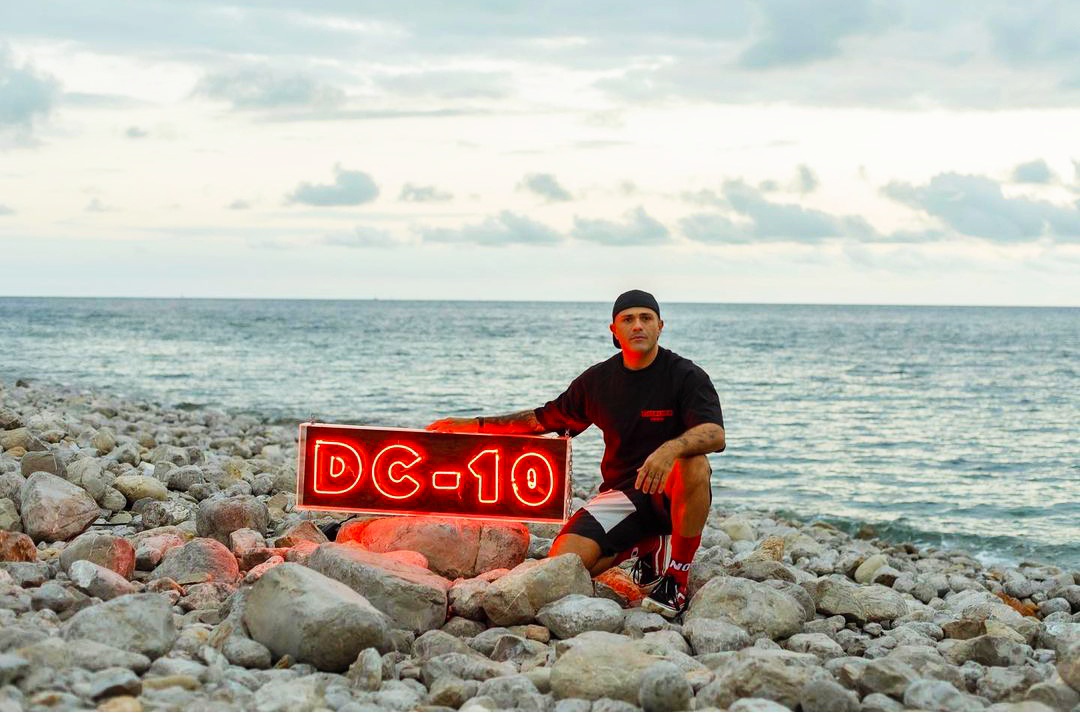 At DC10 on Monday, the club had to hire 120 staff just to police Covid19 security measures. Tickets were priced at €80 and could only be purchased at the door to prevent ticket touts reselling them, hence the record-breaking ques that started to form outside DC10 from early morning and only dissipated after the club started turning away people at 9 pm. Inside there was a stellar lineup of DJ talent and clubbers from around the world flew in especially for the event. For those of us who know DC10, It’s rare that you can move freely in there at the best of times and reports from last night suggest that the 2700 capacity created the perfect environment to enjoy a stellar lineup and the music from all early reports was top quality. But that’s what you would expect from a club that took techno music and made it trendy and cool, creating a genre that added prestige to brand Ibiza, lifting the island from a hippy backwater to a Coliseum of musical culture and identity.

With the amps still warm, the reaction to the DC10 party has been swift, with local residents denouncing it and claiming it will have an impact on Covid19 infection rates in four days time, a problem that has been bubbling away under the surface in recent months. While Palma did give the green light for clubs to open last week, that permission is under review and it could change if infection rates rise and the health situation deteriorates in the wake of the DC10 party, which will have a knock-on effect on any future events planned in October.

So one can understand why DC10 was so nervous opening yesterday and why this event is such an important one for the industry as a whole. There is a saying in Ibiza, that those who go first usually end up with arrows in their backs and it will be another day or two before we hear anything from the law about the running of the event. So there was a lot riding on yesterdays party, hopefully, all will be calm over the next few days and some balance can be found in trying to keep the industry alive and well on the island going forward into next year.

Five Reasons Why Ukraine Should Not Win Eurovision 2022

Let’s face it, Ukraine could have entered My Lovely Horse from the Father Ted series and still won the competition as this contest is now not about a song; it’s about a war.

END_OF_DOCUMENT_TOKEN_TO_BE_REPLACED

Music, when soft voices die, vibrates in the memory. Words penned by the romantic English poet Percy Shelly to describe the power of nostalgic times past. We have now suffered two years without the sound of music vibrating through our souls, gliding upon a Balearic dancefloor built on the foundations of inclusion and freedom of expression.

END_OF_DOCUMENT_TOKEN_TO_BE_REPLACED

Music, when soft voices die, vibrates in the memory. Words penned by the romantic English poet Percy Shelly to describe the power of nostalgic times past. We have now suffered two years without the sound of music vibrating through our souls, gliding upon a Balearic dancefloor built on the foundations of inclusion and freedom of expression.