Yes, the exciting news that we were all waiting for, is in. After a winter of discontent and much speculation and fallout from the now, infamous Pacha culling of its old guard, the Island waited with bated breath, for the birth of a new dynasty to challenge the old. The new, glamorous club for Ibiza, that is reported to have Naomi Campbell, Princess Soryania and luxury restaurateur, Giuseppe Cipriani as owners, was to be called, La Bomba. Like a girlfriend realising her Diamonds were Zirconia  ….. it was a slight disappointment. The shoe shine boys at Spotlight, did their best to put out a positive spin, but nobody was really buying it and the general consensus felt, that it was a weak name, for a club that promised so much.

As Defected, Erick Morillo, and Luciano all await the branding and official launch of the Club, so that they can announce their new homes for Ibiza 2013, the off the peg logo that accompanied the name, would be best suited to a West End strip club. One would assume that a woman with the style and taste of Naomi Campbell, would have an eye and panache for all things fashionable. Ms Campbell did question the name of the new club, when she tweeted, globe trotting dance music agent, Arash Shariza, asking him for his opinion on the “La Bomba” title. The public tweet to Arash, Cipriani and the Ibiza hashtag, asked “What do you think of the name La Bomba let me know x” to which Mr Shariza, firmly sitting on the fence, replied, “Well we can all say that we had the Bomba time at La Bomba…see you in Ibiza this summer”. Naomi happy to see the positive, replied “True….thanks Arash.x”. Nobody it seemed, wanted the job of telling the Emperor, he had no clothes on. 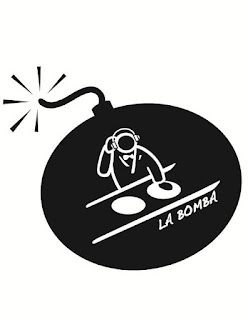 Its unlikely that the name or logo design originated from Danny Whittle, who will be the new manager at La Bomba when it opens this May 22nd. He was responsible for the stylish Pacha Magazine and its difficult to see how he would have put the present logo forward, considering the quality output he officiated over at Pacha. There is a strong possibility, that the above logo is just an early draft and that it will undergo a stylish make over before its officially launched. However, it looks unlikely, that the name will be changed. For a trend setting Island like Ibiza, where image is taken seriously, the name La Bomba, for the quality of the product its associated with, seems a little inadequate. There is nothing unique or creative about the name and its lacks an authoritative presence. Already a gay bar and a natural yoghurt brand, share the La Bomba title on the Island. A logo and name are the spearhead of any professional brand, so hopefully the music at La Bomba, will make up for a shaky start, that has failed to hit the target. UPDATE 27/2/12 Legality of new club questioned by government oposition