There are conflicting reports circulating in Ibiza as to the future of the much loved Judge Jules party, Judgement Sundays. With the season ready to kick off next week, the club that Judge Jules was resident in last season, Eden, has yet to confirm Monday or Sunday nights at the Gatecrasher managed venue. With little or no news emerging from Gatecrasher Ibiza, doubts are now creeping in about the availability of Mark Knight and Judge Jules who were rumored to be filling the Monday and Sunday nights respectively. The Judgement Sunday party which became Judgement Fridays when it moved to a new day last summer, had been billed as “San Antonio’s busiest night” for over a decade. Relationships between Jules and the clubs new Dutch owner Micheal Van De Kuit were rumoured to be strained after comments appeared in Facebook with regard to pricing of tickets. After initially denying rumours that Judgement Sundays was moving to a new Friday night slot, the respected London born DJ had to backtrack and announce that a move to Friday night would in fact happen reportedly due to work pressures in the UK. The legendary Trance DJ Ferry Corsten, bagged the Sunday night slot instead.

The Judgement Friday party in Eden last season performed well below its glory days at the club. The change of date to a Friday did not help matters and some are now questioning if the party has run its course in Ibiza. That decision is sure to be weighing on Judge Jules mind and rumours are now emerging that the party may not go ahead this season and instead Jules will concentrate on a new project at Es Paradis on Monday or Thursday nights. There are also conflicting reports that Gatecrasher will eventually sign Judge Jules and it is notable that Jules has no Sunday gigs listed after June 7 on his website. However the lack of any statement from Jules or Gatecrasher on their respective social media platforms so close to the start of the season, is a worrying development and one that it responsible for the conflicting rumours. 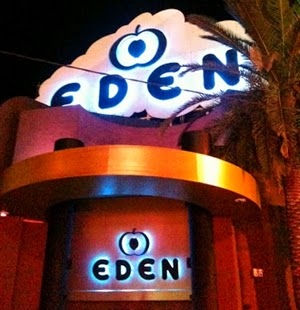 It is know that Judge Jules is a tough negotiator and if not happy with a deal, will walk away from it. There is also uncertainty about the future of Mark Knights Toolroom Knights party as Gatecrasher respond to calls for the inclusion of a Trance party at the club. Gatecrasher are now rumored to be programming a Trance driven party for Monday nights which if true, would also have a bearing on negotiations for its Sunday night party. With less than nine days to the Gatecrasher Opening party at Eden on May 29, there is still no announcement as to who will be playing at the event. Ibiza is a notoriously difficult environment to launch a new club in and Gatecrasher may be experiencing teething problems as it prepares to launch at Eden. It will not be plain sailing for them as the seas around San Antonio and especially Eden, have been choppy for a number of years now. The Gatecrasher Ship will have to be a sturdy and well funded one, if it is to survive its first season in the Dutch owned garden of Eden. The Blog will update on this story once a statement is made from either Judge Jules or Gatecrasher Ibiza.