Talk to any resident or local in Ibiza today and they will tell a story of how the Island has changed over the last number of years. Its a change for the worse, as commercial greed is eating away at the soul and spirit of the Island. People are becoming nasty and the spirit of helpfulness and friendship is starting to be replaced by a “Fu#k You Im Famous” arrogant attitude, where, if you dont have the money to pay, then your existence on the Island is meaningless. Of course many will disagree with this viewpoint but most are vested interests who milk the Island and her resources for their own personal gain. Taking and taking and not giving anything back.

Europe teeters on the brink of collapse, due mainly to corporate creed, corruption and ego power trips by a wealthy and well connected elite, who are now socialising their market losses and debts, onto the backs of ordainery people so that they can retain their personal wealth and privileges. Many of these wealthy individuals are now arriving on the shores of Ibiza, to be welcomed with open arms by the local business community. So much so, that Ibiza is now considered a playground for the rich, a place where they can go to throw cash around (away from the media’s eye) without a feeling of guilt or empathy for the people struggling to exist on meagre incomes due to loosing their jobs and businesses because of the financial crisis they created in Europe.

There is no recession in Ibiza at present, quiet the opposite. The rich are becoming richer but the poor are becoming poorer. A redevelopment of Ibiza Marina has seen the capacity of the harbour reduced from 536 moorings to 379. This has been done to make room for the bigger Super Yachts belonging to the rich playboys of the Mediterranean who are now sailing into Ibiza in search of fun and adventure. Lio, located in the middle of the port on a site that was previously occupied by Il Divino nightclub, is now catering to the very upmarket clientèle disembarking from these floating ships of pleasure. There is a case currently before the Ibiza courts, where a German Model claims that she was drugged and raped aboard one of these yachts by a mega rich oil sheik. There is also the controversy where local environmentalists are claiming that the big boats are tearing up the seabed and damaging the natural marine life.

Pacha, which owns Lio, continues to expand its VIP market, with the majority of the club now reserved for VIP guests. There are plans afoot to change the layout of the club so that it can accommodate a larger and more lucrative cash spending VIP clientèle. Pacha have recently purchased the One Hotel in Cap Martinet which will undoubtedly become assimilated into the Pacha collective as its marchs relentlessly towards domination of the VIP market. Some would say that Pacha is in danger of selling its soul and its respected identity, such is its drive for financial reward. Ushuaia, in Playa Den Bossa owned by the Matutes, the Islands most respected family, is also marketing itself towards the high end customer. If this direction is pursued by the Matutes, then the rest of the Island will follow their lead. A new generation of the Matutes family, now has the future destiny of the Ibiza in their hands. The Family is one of the oldest families on the Island, tracing their ancestry back to the 14th century. Abel Matutes, a former mayor and Banker of Ibiza, who went on to serve with distinction, as Spain’s Minister of Foreign affairs from 1996-2000, would be considered the Islands first citizen. Born and raised in Ibiza in 1941 he has guided Ibiza from a backwater unfashionable small town, to arguably Europe’s most trendy and popular destinations.

The Whole Island is now in the hands of corporate businessmen whos job it is to make money, the more the better. They now plan to build multi million housing developments in protected areas such as Benirras and Santa Eularia. The Island is actively promoting the construction of Five star hotels over any other category. It is clear where the corridors of power see the future direction of Ibiza. There is now a real danger that the economic theory of diminishing returns, due to commercial overkill, will ruin the Island, leaving behind a wasteland of VIP properties and businesses. Once you sell your soul to the Devil, there is no turning back. The VIP market is fickle and is influenced by trends and fashion. Ibiza may be popular with this market for a few years but they will get tired of the place and move on in search of the latest trend and fashionable destination. 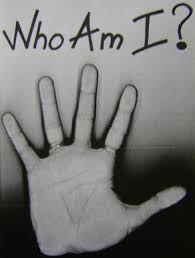 Lets hope that the people in charge of Ibiza will always remember where they came from. That their Island is special and beautiful and this is where its true identity lies. To loose ones identity and character is to loose your soul and what you are as a person. Ibiza Hospitality is world renowned for its openness and tolerance of ALL people no matter what religion, colour or class they are. This unique Ibicenco trait is in real danger of being damaged due to its blinded infatuation with power and financial reward. A line from the movie Gladiator rings true in Ibiza today “the great whore will suckle us until we are fat and happy and can suckle no more“. Ibiza is not just about money, its something much more special and it should be protected not squandered and lost to future generations. Nobody is saying to stop the business, it provides an income for many families that live there. Its just needs to be controlled and carefully managed, with thought given to all the people that live on the Island, not just the wealthy elite. Ibiza now more than ever, needs to ask itself….who am I.