In the final part of our mid season report, we take a general look at Ibiza itself, its personality and character and where it’s at. I have been visiting the island for well over 16 years and while many will lament that it has changed, I feel it still retains its unique charm and appeal, if a person is so inclined to look for it. Ibiza has witnessed the ebb and flow of many different cultures down through the centuries and Ibicencos tend not to get too animated over any one influence, as they know that trends always come and go. Ibiza is presently witnessing a VIP trend where cash rich and powerful individuals are partying on the island, as they know that Ibiza will allow them to do so in a non-judgmental environment. We are now into the third year of a VIP trend and already I am seeing signs of its demise. The Russians have stopped coming, basically because they did not like what they saw. Ibiza did not fit their, Nouveau rich, bling image because Ibiza’s personality is not 5*.

The Noveau rich, bling, trendy set, demand 5* service and quality and Ibiza just cant deliver that particular style, because its too hippy in its nature and there’s a lack of professionally trained staff to service it. Any attempt at doing so has failed. Under its 5* guise, Hard Rock Hotel has flopped, so too has the Me Ibiza project in S’Aragamassa that incorporates Nikki Beach. For many years before the new money, Ibiza’s only 5* Hotel was the Hacienda Na Xamena in San Miguel and that place never took off, even with the benefit of a stunning location. Ibiza has its own unique version of 5* hospitality and its found in the small Agrotourism hotels in the countryside, where one on one service can be delivered in true Ibicenco style. Its not pushy, its not demanding, its not fashion or celebrity driven, its the complete opposite – an easy, relaxed and uniquely personal style that is indigenous to the islands real character. Places like Hard Rock Hotel, Me Ibiza and Nikki Beach, are finding it hard to fit into Ibiza and I feel their days are already numbered, as the clientele they had hoped to attract, turn their noses up at the island in general as its not yet polished enough for them. In my opinion, the people who invested in that high end concept have backed the wrong horse. 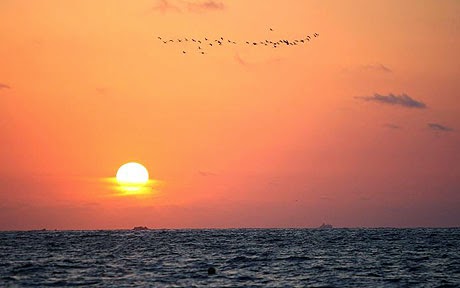 From a tourist industry point of view, Ibiza is about two things. One is its beautiful scenery, beaches, restaurants and relaxed family atmosphere, the second is its attraction as a clubbing destination. Its dual personality of Tanit and Bez. The one thing that the majority of clubbers and families have in common is their fondness of the 3* and 4* market, as this is what Ibiza does well. The Matutes family built their fortune on the Fiesta model of Hotels, the ones they expensively refurbished to cater to an upmarket clientele that are not warming to the model as well as they hoped. Ibiza is a dance music destination and other genres of music, especially the experience Hard Rock programmed, just does not fit. Hard Rock only has to look to its sister Hotel, Ushuaia, to see what works in Ibiza. Ibiza Rocks has carved out a niche for itself, mainly due to the hard work of a talented team of clued in people with their finger on the pulse of the inde sound, but the island will always be a natural home to electronic music. It has even influenced, EDM, to move in an underground direction, such is its authority as the cradle of electronic music innovation. Influential DJ’s like Pete Tong are back associating with Ibiza after a brief fling with Las Vegas. All the big names in EDM are firmly rooted in Ibiza this summer, as they know from a marketing point of view, Ibiza will always add value to their image.

Like any other community, Ibiza does have its problems. There is a nasty undercurrent that was exposed during the Peru drug smuggling incident that attracted international headlines. Corruption is part of human nature and Ibiza has always had an allure of piracy. San Antonio seriously needs to eradicate the thief’s, prostitutes and gangs that prey on tourists around the West End. Tourists are not stupid anymore and telling them a problem does not exist when it clearly does, is driving people away in fear. Something will have to be done about the problems there, as burying ones head in the sand and pretending it does not exist, is going to set back the resort decades. Like a bad tooth, its only going to rot and cause more pain if its not extracted. A sad moment for me in Ibiza this year was to sit on  S’Aragamassa beach and instead of the sound of children playing and the waves lapping the shore, there was an alien din of base and loud music from an empty Nikki Beach. Land is being bought up fast around S’Aragamasa, but the uncertainty surrounding the viability of Nikki Beach and Me Ibiza under its current business model, may temper the rush to develop the traditional area any further. Another loss to the island this year was Yemanja in Cala Jondal. While its new owners Blue Marlin have done their best to retain its charm, its not the same place as it was when the Riog family had it. 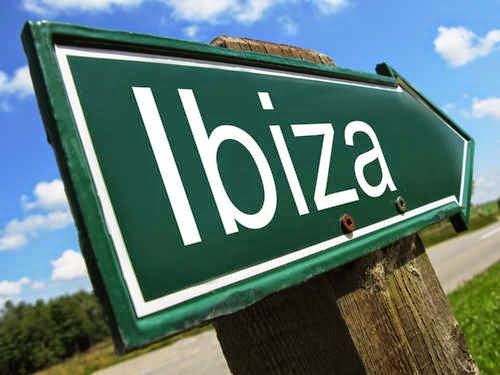 The blog wrote earlier this year, that Ibiza was at a crossroads. I would like to think that in true Ibicenco style, it has stopped at that crossroads to have a drink, smoke a joint, chat with friends and ponder. What was looking like an unstoppable move upmarket has hit a few bumps on the dusty camino that is Ibiza. The rush to re-model itself into something it is not, may be about to backfire on some. One can never predict what Ibiza has in store around the corner, or what obstacles it will place in the path of an impatient agenda. The island has a way of righting itself, just when it looks like its going to go off track and I sense that a re-alignment is occurring at present. That greedy, commercial stage where it was all about the money and not the person, may be coming to an end. There are green shoots emerging of a new generation that has an inkling of hippy Ibiza at heart. Ibiza is still a fun place to be for a young generation and attracts a certain type of person to its shores. The type of person it retains, is the most important factor to its future.