My first introduction to the hallucinogenic medicine Ayahuasca (pronounced I-a-wash-ka) was in Ibiza back during my first years on the island in the mid nineties. I have also heard it referred to as Iboga and was told of its amazing properties of healing and awakening to our life’s true purpose. In 1997, it was reported as a “fashionable drug” of use in Ibiza but its consumption in Europe had been on the rise since 1987. Its hard to know where to begin on my Ayahuasca story but first off, I should say that I have not tried the medicine, even after a few opportunities to do so. Therefore my judgement is firmly on the cautious side – but that’s just my personality, and as Aya is very much an individual experience, my cautious nature sits comfortably with me. However Aya users could say that caution is a fear. When adding any external chemical or herbal element that can affect change to personality, body or life’s path, I prefer to know what effects it is going to have and where its going to bring me. I like to know what I am going to get before I buy into it – a look before you leap attitude. Over the years I have spoken to people in Ibiza who have had experience of Aya and from a very well kept secret, it is now beginning to emerge as a trendy movement on the island. This blog is my research and findings to date of the herbal medicine Ayahuasca – a Quechua word meaning “Vine of the Soul”.

First off and the most important factor that was common across the board of Aya opinion, is that it is a serious experience not to be taken lightly. If a person wants to experience Aya, they must have a reason to do so and not just a frivolous or dabbling one, that is associated to recreational and synthetic drugs like cocaine, ecstasy, LSD and marijuana. Its a life changing experience that will have long term effects on a persons perspective. It is not for everybody, as the subconscious mind holds many demons that people may not want to disturb. A person must be willing to enter a long and powerful experience that could have many twists and turns before they are healed of their problems. Aya de-constructs ones ego and opens the mind to explore outside the confinements of reality. When I spoke to people from the Ibiza hippie era about Aya, they were of the opinion that it was a serious experience, much different from their fun marijuana days. They took a more responsible view of its use and warned to be very careful and fully aware of its effects. The people that now take Aya in Ibiza, I would say are the post Hippie generation and they consider the experience nearly a religious one, linked to ideology and intellectual thought. Harping back maybe to a Beatnick expression but with more of a spiritual nature than a practical one. A recent documentary shot in Ibiza spoke to a shaman named Akoo and well know English percussionistShovell also practices. In the past two years over 15 litres of Aya have beenseized by Ibiza customs officials the biggest in Santa Gertrudis in 2011. The shamanistic writings and thoughts of Peruvian Carlos Castaneda have started to appear publicly in Ibiza and it is to Castanedas home in the Amazon, that we must venture to learn more about the plants used to make the Aya drink. 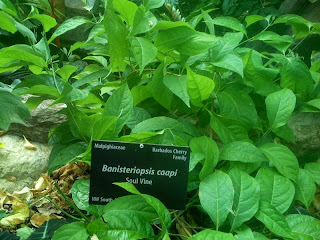 The brewing of Ayahuasca is where the key to its potency, experience and effects lies. Different tribes of the Amazon basin used witchdoctors and shamans to put together their own unique blend of the drink, which is reddish-brown in colour and has a strong smell and gritty texture – many will gag on its taste. Its main ingredient is the Banisteriopsis caapi plant, which herbalists maintain creates the healing properties of Aya on multiple levels. It is claimed to be responsible for cleaning the blood, liver and gall bladder, along with our emotional fields, channelling the good energy of our body towards a spiritual plane. It opens body paths to allow the effects of the other plants used when brewing the drink to come through. These other plants include the potent Chacruna plant, which creates the vivid colours and visionary effect of Aya which is the medicines main attraction. During the infusion process, large quantities of the chemicaldimethyltryptamine (DMT) are released and this is responsible for the trance like hallucinogenic effects. Like a good Chef, shamans will add other plants which will make the experience unique and different every time. I know of one female Shaman in Ibiza that was held in such high regard, that she was flown around the world to supervise and preside over private Ayahuasca ceremonies. 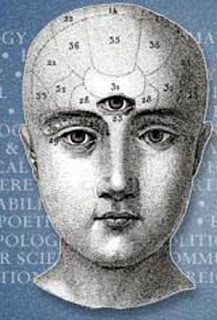 There are three types of Aya ceremony, religious, therapeutic and shamanic. An Aya ceremony is usually held in a persons house at night and in Ibiza, the ceremonies seem to be conducted in the correct manner. This involves a level of preparation days before the event, which includes fasting and refraining from emotional disturbances including sex. A group of people ranging in size from 5 to 25 will then come together, sit in a circle with the shaman in the middle or to the front, while a helper who refrains from taking the Aya tea, dispenses the drink to each person in the group. After about half an hour, the first effects of the medicine, which can be severe bouts of vomiting and/or diarrhoea will occur. This is the start of the purification process of Aya, purging the body of all toxins, parasites, negative energy and emotions. This is considered an essential part of the Aya experience. Then auditory and visual experience of vivid colours and shapes similar to a LSD trip will bring the user on a voyage of self discovery, changing the way they perceive reality by enlightening them to their true purpose on earth and how to be the best person they can. Users can also gain access to higher states of conciousness and make contact with spiritual guides through the “third eye” or sixth chakra (beer goggles in layman terms). The experience lasts about 5 hours with its peak at 2 hours, during which emotional and physiological distress can occur. Each Aya experience is individual, but its potency and strength is determined by the mix of the brew which takes many years of training to master. After the session is over, its participants can stay in the house for a number of hours as they will be sensitive to external stimuli. 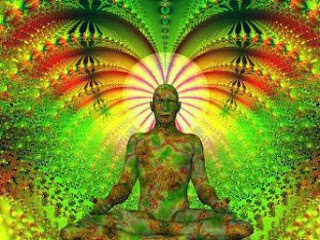 Scientific research has shown that the medicine, unlike LSD does not develop a tolerance with users.While it affects the central nervous system and the body, it also has substantial effect on our spiritual and psychological being. The research concluded that Aya increases the number of serotonin receptors on nerve cells and that it is a far more sophisticated and effective way to treat depression than anti-depressant drugs. It has been claimed to cure cancer and other body diseases which the Amazon peopleclaim may be demons in disguise. The Shaman is the key person in any Aya ceremony. He or she is considered the gatekeeper and a conduit to which the participants channel their experience. A substantial tourist attraction industry has built up around the Aya medicine in Peru where rouge shaman and schools have sprung up overnight to cater to the Aya Tourist industry. The medicine is illegal in many countries primarily due to its DMT content. Some groups have successfully lobbied for it to be legalised in a religious context much the same way as Brazil regards it. The Dutch were the first to establish this opinion in Europe.

Proponents of Aya say its a spiritual nirvana and a healing alternative medicine. Others say it has a dark side. From my research of it, the most important factor if considering using the medicine, is to find the right person to do it with. An experienced person that can be trusted and relied upon that will introduce a suitable Shaman. I have found the excellent iceers website (International Centre for Ethnobotanical Eduction Research and Service) to be preferred reading on the subject, offering a non-judgemental, clear and objective opinion on the Ayahuasca experience. Its not for everybody but for the right people it can bring great healing and enlightenment. The people I know that use it, seem perfectly balanced individuals and well capable of working and living in modern society. Ibiza fits well with the Ayahuasca concept on a spiritual plane and as the island is named after the Egyptian deity Bes, who was in all forms a Shaman himself, then a person could understand the popularity of Ayahuasca ceremonies. Its just another part of the islands rich, complex and intriguing subculture, that exists as a simmering undercurrent of its brash and playful exterior.