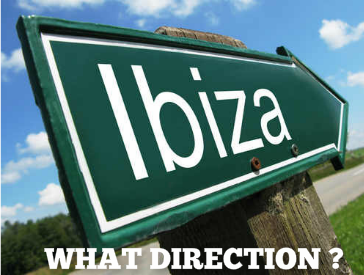 As Ibiza readies itself for the start of another tourist season, this summer could be a defining one for the little island with a big personality. The winds of change have been blowing for the last three years as a noticeable move towards a luxury VIP market has been evident from coast to coast. The St Tropez jet-set with their carefree lunch, dinner and party mindset, have been drawn to the shores of Ibiza in increasing numbers. The new money from Russia is also making itself noticeable, particularly in Playa Den Bossa where the Matutes Group are facilitating the demand for a high-end branded product. From a social aspect, the gulf between the rich and poor is widening, as people suffer with the forced effects of austerity while the elite party on nearby with €10k bottles of Champagne. An environmental battle looms large as the Gulf Of Valencia oil drilling issue threatens the very soul of the island. Local elections are also on the horizon and the people will soon have their say on what has been going on for the last three years. Throw into that mix, the call for Catalan Independence along with a growing socialist movement across Europe and one could forecast that a perfect storm is heading Ibiza’s way.

After a storm comes the calm, the air is cleansed and the atmosphere is free of negativity. Ibiza down through the centuries was always considered a safe shelter, a quiet refuge from the troubles of the world. People would escape to an ignored Balearic island to be forgotten about, to drop out of society and live their lives in anonymity. Ibicencos always welcomed the outcasts and estrangeiros who arrived on their shores – five different civilizations along with a hoard of barbarians and pirates have influenced the unique culture of the island. For me, the unique selling point of Ibiza was always its people, the Ibicencos. A warm, naturally kind and hospitable people who would greet the stranger with a smile and an offer of refreshment. They are proud of their island, particularity the natural tranquillo atmosphere of the sea and countryside. For many Ibicencos and the people who understand them, Ibiza is on hire to the tourists for the next five months. Only in November will they get their island back and this in my opinion, is why Ibiza will never be an all year round tourist destination – the locals don’t want it to loose its true identity. It is this identity that the people of Ibiza are now fighting to protect.

With its new found wealth and prestige, brand Ibiza is no longer a backwater and amateur project. The spotlight is shining brightly on the island and everybody wants to buy into it. Like it or not Ibiza is now an international brand, it has won the little skirmish with Las Vegas as the worlds most influential music destination and in doing so increased its prestige. The marketers with the vested interests in Las Vegas tried but failed, to shift the musical dynamic across the Atlantic. All the big influential names are back in Ibiza this summer, thanks to the hard work of some talented people at Pacha, Ushuaia, Amnesia and Sankeys who raised their game and protected the Ibiza brand when required to do so. Ibiza nurtures a natural defense reaction in the people who care for the island. To fight for what Ibiza truly stands for is a noble cause and one that has deep roots into the local culture. When an honored son of Ibiza, Antoni Riquer and a crew of Ibicenco sailors, famously defeated and captured the British warship Felicity after a day long battle off the coast of the island in 1806, Ibiza has shown that it can punch well above its weight when threatened. It is this strength and valor that Ibiza now needs to rally as it decides what direction its future will take.