It is difficult to determine the qualifying criteria for what is a good party. Atmosphere, music, crowd, energy, location and DJ, all play an integral part. A David Guetta party will always have a different atmosphere, energy and crowd from a Sven Vath gig at Cocoon. The finely tuned ear of the DJ critics, will look for their own criteria when passing judgement on what is, or is not, a good party. They will normally stay as far away as possible from anything commercial, cheesy, tourist related or located in San Antonio.Click on the read more tab below to view the list

In today’s capitalist society, the barometer of success is clearly defined by ticket sales and revenue. Quiet simply put, a promoter could have the best music and atmosphere on the Island, but if they were unable to trade profitably, they would not survive another season in Ibiza. Therefore, I feel its fairer to list the best parties as the most popular ones in general, on the Island of Ibiza for 2011. It has been a massive year for Ibiza with big changes and a lot of new influences and concepts. Ibiza was the place to be in 2011 not just in Europe, but in the World.

A controversial choice, as for many of the “industry types” in Ibiza, this party is considered too commercial and cheesy. In Ibiza, once an artist sells a lot of music, they become outcasts of the cool and trendy click.  Pacha is very much a child of Ibiza and it likes the world to know that it can associate with an artist of Guettas celebrity and popularity. The facts are that Guetta has sold over 15million singles and 3 million albums worldwide and is clearly a talented producer, who is able to tap into modern, popular culture. His residency at Pacha sold out every single night and even with a rich ticket price of €70, demand regularly outstripped supply. It is a sign of his respect for Pacha, that Guetta was present for all of FMIF Thursday night residences, unlike his rival SHM counterparts. Music is commercial house with lots of vocals, remixes and easy to dance to 128 bmp tracks. During another unbelievably successful season, Guetta was supported by AfroJack, Avicii. and Armin Van Helden with special guests which included Fatboy Slim, Taio Cruz and Martin Solveig to name just a few. The popularity of David Guetta and his FMIF brand seems to be as strong as ever on the White Isle and the reign of Guetta and Pacha looks set to continue into 2012 and beyond.

Now firmly established after four summer seasons, the Zoo Project, offers a party that is cool, edgy and close to the hedonism traditions of the Island. It provides an alternative flavour, compared to the sweetness of the commercial parties such as FMIF and SHM. Guests can dress in the theme of animals, hence the name Zoo Project. The party is not held in an old zoo, but instead a restaurant, with a natural, open air venue complete with swimming pool. It is located outside San Antonio on the Ibiza road. A well kept secret on the Island, as the daytime party has a loyal support attracting a more discerning style of clubber. Music blends underground/progressive house with minimal techno and some sharp vocals. A lot smoother than the Cocoon sound, the atmosphere is always buzzing with a chilled kickback at times. A party well worth checking out, if only for the cool crowd it attracts. 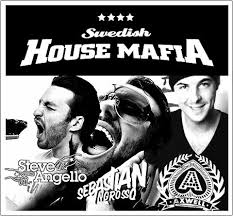 This exciting new daytime party, located on the beach of Playa Den Bossa, launched only this season, has already made a name for itself. It offers a 4pm start with an affordable ticket price, over 50% lower than the SHM Monday night Pacha residency. Outdoor parties are the spirit of real Ibiza and the Ushuaia daytime beach parties are a welcome addition to the Ibiza clubbing calender. The SHM party at Pacha on Monday night, rates a close second to David Guetta as the best commercial party on the Island, so the idea of a daytime beach party to compliment the success of their Pacha residency, has been a successful one. Music style is similar to Guetas with 128bpm’s, remixes, breaks and lots of vocals.

A traditional and much loved party for over a decade on the Island, featuring some of the best young talent and established DJ’s playing in six different rooms. The famous daytime Space Terrace is a place to be seen and sunglasses there are obligatory. A great mix of nationalities, in a happy and vibrant atmosphere, We Love is in many peoples opinion, one of the most respected on the Island. Different rooms feature different styles of music, from commercial house to Techno and even laid back sounds on the terrace at times. Live acts often make guest appearances on vocals and the line up is always varied and interesting with something for everybody. The We Love party can feature over 20 DJ’s on its lineup.Sundays in Ibiza belong to Space and the party usually continues at nearby DC10 the next day.

Carl Cox and Space have become an institution in Ibiza. Cox’s timing, ability to play a crowd and many years experience in the House music genre, have consistently ranked him as one of the worlds top DJ’s for the last decade. His fresh and vibrant style are ideally suited to Ibiza and a club like Space, which Cox rates as his spiritual home. This is evident when Cox plays at the club, as his sets there are different and tap into the unique Ibiza energy that only Cox knows how to do. Space and Cox are the ultimate real Ibiza experience and a must do party when on the Island. Smooth, uplifting house with some techno twists alongside strong vocals and a range of different artists. 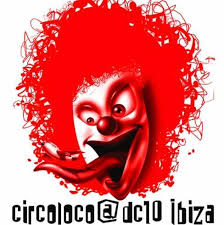 A party that is more about the music rather than the image, Circo Loco, continues to be one of the leading underground parties on the Island. Although some commercialism may have crept in over the last few years, DC10 has done its best to remain authentic and true to its original roots. DC10 is about as close as it gets to the wild, hedonistic dance parties that Ibiza is famous for. Its all day Monday event is for the serious clubber and people that love to dance and loose it to the sounds of underground house and techno. With a capacity of just 1500 it can get very busy and messy at times. Wednesday may be the best time to visit, to get a taste of what the club is all about, as its not as rammed as Mondays and the music policy is just as good if not better. Atmosphere is heavy and not for lightweights. 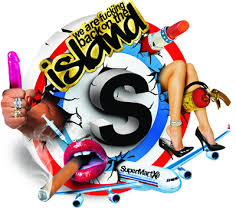 A typically Spanish affair full of passion, flamboyance and style. Its all about the show and the fiesta atmosphere, rather than the music and its a great party to experience the colour and vibrancy of a Spanish party. It also attracts a Gay friendly crowd, so expect to see fit and scantily clad bodies all showing off their style and sexuality. The worlds largest club Privilege is an ideal location to host a party of its style, so if a person is looking for something with a cultural difference then SupermartXe is one to check out. 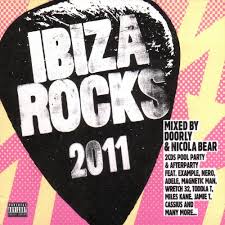 Having started out as a Festival rock party, catering to a young indie crowd, Ibiza Rocks has introduced a pop culture to its mix of acts in recent years. Tine Tempah, Madness and Biffy Clyro are a flavour of the range of artists that Ibiza Rocks featured in 2011. Not a party to rest on its laurels, Ibiza Rocks is always evolving and trying new things which is an element of the Ibiza spirit. Closely related to the iconic Manumission party, Ibiza Rocks still captures that basic essence of innocent, youthful exuberance, that only people in that age group can identify with. Lots of energy and no holes barred dancing to live acts, Ibiza Rocks is one of the Island’s trendiest party’s especially with the British Holidaymaker. Located in the courtyard of a central San Antonio  Hotel, the acts perform live on stage 8pm to Midnight, in front of an up for it crowd and a swimming pool where midnight dips are popular.