Ferry On The Move.

Ferry Corsten, one of the worlds top Trance DJ’s, is rumoured to be moving to Privilege, to replace a possible defection of Armin Van Buurens, A State Of Trance party, to Ushuaia. Corsten may team up with his good friend Marcus Schulz, under the New World Punx collaboration, which launched earlier this year in Miami. The New World Punx, were set to make their Ibiza club début at the ASOT Closing party in September, but it was cancelled after a near fatal accident inside the club. Twitter account Ibiza Gossip, claims that the accident and “how it was dealt with” is the reason why Armin Van Burren is rumoured to be parting company with the San Rafel Club after only two seasons. Van Buuren, who was ranked #2 in the recent, Top 100 DJ’s poll for 2013 by DJ Magazine, took over from Tiesto at Privilege in 2012. ASOT’s first year was considered a success and the party was expected to build on that this season. However, due to the size of Privilege and with so many parties in 2013, some nights at ASOT were only half full. The blog understands that a Van Buuren move is increasingly likely to happen for Ibiza 2014.

The ASOT party was expected to become the islands leading trance party, after Tiesto’s move to Pacha and  an EDM sound, but it failed to overtake the ever popular Cream party at Amnesia, which is now regarded as the Number 1 trance party on the island. If Van Buuren is looking for a new home next season, then the most suitable venue for him would be Ushuaia. Van Buurens sound at ASOT, was beginning to lean towards EDM and that image, along with his #2 World DJ ranking, would be a perfect fit for Ushuaia, who would also be in a position to pay his fees. Space would be another option for the party. While there may be some foundation in the claim that Van Buuren is leaving Privilege due to the way the accident was handled, it may not be the only reason why ASOT is rumoured to be leaving the club. Commercial reasons and a more suitable venue, where the party can establish itself on a long term basis, could also be mitigating factors. The management and production at Ushuaia and Space are top class and Playa Den Bossa, is fast becoming a playground for the wealthy under the direction of the Matutes group. Privilege are still without a permanent manager after the departure of Mo Chaudry (who also manages Van Buuren) half way during the 2013 season and the club is in need of some love. 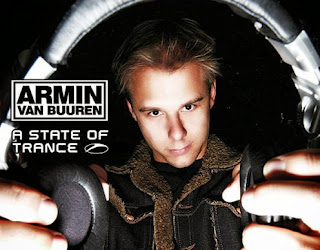 While Ibiza never took to trance music with open arms, the genre’s main market is an imported one from the UK, Holland and Germany. In recent years, Trance has been quietly growing in popularity again and parties like Ferry Corstens, Full On Ibiza party at Eden, have been making some noise. The Dutch star, an icon of the scene from an early age, remains a uniquely talented artist and very much underrated in Ibiza. At present he is connected to Eden but Privilege, would regard his style as a natural  replacement for ASOT, especially if the New World Punx collaboration can be signed. It is quiet possible that the Full On Ferry party will remain at Eden, while New World Punx replaces ASOT at Privilege. A Ferry Corsten-Marcus Schulz night at Privilege, could well develop into a good party, mainly due to the talent and personalities of the likeable Dutchmen and a growth in the Trance music market. While all of the above is just speculation and rumour at present, the Blog expects this story to develop further in the coming weeks. As usual, we will update with any relevant news when it comes to hand. Below is the first track to be released by New World Punx entitled, Romper.