Clubbing For Over 40’s In Ibiza.

I get asked this question quiet a lot on the Ibiza Tripadvisor Forums – what Ibiza clubs would I recommend for people over the age of 40. Ibiza is not about age – its about personality, spirit and outlook on life. I have known 25 year olds, who are so stuck up and rigid, that they could come back in the next life as a table, so youth can sometimes, be wasted on the young. The legendary Ibiza character, Lionel Melie, aka Captain Birdseye, was partying away in Pacha well into his seventies, having first started to dance at the club in 1982. Tony Pike is another well know Ibiza party legend and he is still on the go, at 80 years of age. The late Allister Logue was a style concious gay personality who was organising parties in his fifties. Its not about age in Ibiza – its about spirit and all clubs will welcome everybody, as long as you are there to party and have a good time. The island is famous for the eccentric, interesting and colourful characters it attracts. As a person in my forties, I would feel quiet comfortable at any club in Ibiza, as in the true spirit of the island, nobody is there to judge – they are there to have fun and a good time. Its the individual person that seems to have the problem with the age hang-up, not the club or people in it. Nevertheless, some people will feel comfortable in an environment where the music and crowd reflects their agegroup, so I will endeavour in this post to suggest Ibiza parties that would attract a mature, or more experienced clientèle.

The first party that springs to mind, is the Flower Power party, at Pacha every Tuesday. The music policy is 60’s to 90’s with a leaning towards Rock, as the DJ who hosts the party, DJ Piti, is part of the family who own Pacha and he was the clubs original DJ when it opened in 1973. The party attracts a well to do crowd, with a nice mix of locals and tourists, ranging in age from mid twenties to mid seventies. Over at the beautiful Es Paradis club in San Antonio on Saturday nights, the Hed Kandi party attracts a well dressed, stylish and smooth crowd, who like their electronic music and DJ’s. Hed Kandi would have a good mix of the 30’s to 50’s age group present in a bright and open environment. The “We Love 80’s and 90’s” Water Party at the club attracts a crowd into the music of that era and the Water Party at Es Paradis, is one of the oldest party traditions on the island, reflecting a true Mediterranean and Balearic style. David Guettas Fuck Me Im Famous party at Ushuaia on Mondays and Pacha on Thursdays, would have a mixed crowd, the majority young but there will always be a fair attendance of the 40 plus age group at the islands most popular commercial party. The Pure Pacha party on Saturday night attracts a fun, up for it crowd, there more for the Saturday night atmosphere, that the quality of the music. 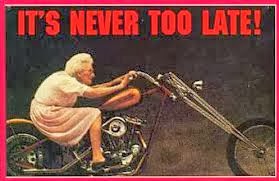 Ibiza Rocks, while predominately a young crowd, it does feature some great live music parties, that attract a more mature scene. In recent years, gigs that spring to mind include, The Specials, New Order, Madness, Happy Mondays and last year, Chic, so always check to see what Ibiza Rocks has scheduled. Over at Space there is a nice mixed crowd for Carl Cox on Tuesdays and of course the We Love party on Sundays is an island institution, with a range of age groups present. The Defected party would also have a mixed crowd, as would the Full On party with Ferry Corsten at Eden. At Amnesia one of the islands longest running parties, Cream, would cater to an older audience and it was the party that the parents of Kevin and Perry attended in the film Kevin and Perry Go Large. DJ’s of a certain vintage, and there is enough of them in Ibiza, will attract a certain crowd and age group, so Pete Tong, Fatboy Slim, Judge Jules, Sasha and Paul Oakenfold would be others to consider. But always remember in Ibiza, its all about having fun, leave the preconceptions at the front door and go enjoy yourself, no matter what age you are. In the words of Mark Twain ” Age is an issue of mind over matter: if you don’t mind it doesn’t matter”.