Between A Rock And A Hard Place. 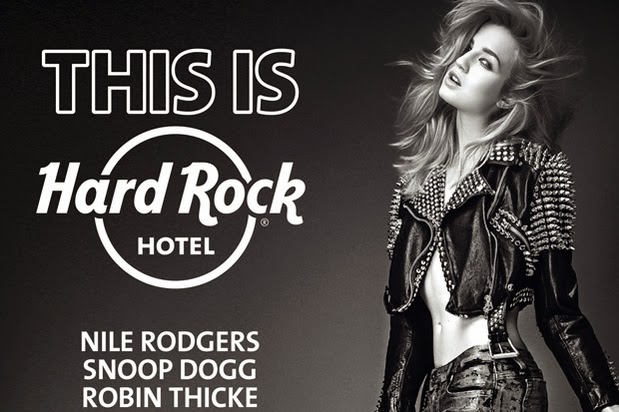 Most of the people reading the blog, will know of my opinion on the Hard Rock Hotel concept in Ibiza. While one has to respect the Matutes family wanting to invest on their own island, there are times when the Emperor needs to be reminded that his clothes are transparent and that some garments may not fit his style. From its people to its land, Ibiza has always had a sense of realism about it. For me its one of the islands most admirable features. The fakes and charlatans are soon found out as the Ibicencos are excellent judges of character, having witnessed many generations of pirates and civilisations pass through their lands. The pirates are still there today but as long as they abide by the code they are honorable – true to one’s identity. But is Hard Rock true to Ibiza’s identity? I think not and there are many people in Ibiza who feel the same.

Its first season was a failure, but that seems to be par for the course in Ibiza, as teething problems and snag lists blight many new Hotel openings. There were a number of issues with sound and production on the Hard Rock stage and concerts were soon relocated to its stylish sister hotel, Ushuaia. The word “concert” was a loose fit to what Hard Rock offered last season and there was a hint of tourist trapping in the air, as some acts were on stage for less than 30 minutes. It was not the artists fault – they were only performing for the fees they were paid. This was highlighted with the farcical Snoop Dogg incident and his damming words “you fags better have my mother fucking money when I get there bitch”. In its first year Hard Rock Ibiza may have talk the talk but it failed to walk the walk and it could now be living on borrowed time.

There are rumours circulating on the island that Hard Rock HQ were not impressed with last years gigs been relocated to Ushuaia and have stipulated that in accordance with its franchise agreement, all future concerts are to be held at the Hard Rock Hotel. The Ushuaia brand now runs smoothly and one of the main reasons for its success, apart from the professional talent associated with the venue, was that it was a child born of Ibiza and nurtured on the sands of Playa Den Bossa beach, so special to the islands party soul. While it may not reflect its childhood days, it has developed into a leading EDM venue on the world stage, offering a unique and indigenous product. The Hard Rock concept is American in identity and faces a difficult time ahead trying to adapt to the Ibiza rhythm of life. The Matutes Group are not known for throwing good money after bad and if the American style of clubber does not storm the beaches of Bossa this summer, then the Hard Rock – Ibiza relationship, may turn out to be just a brief  holiday affair.