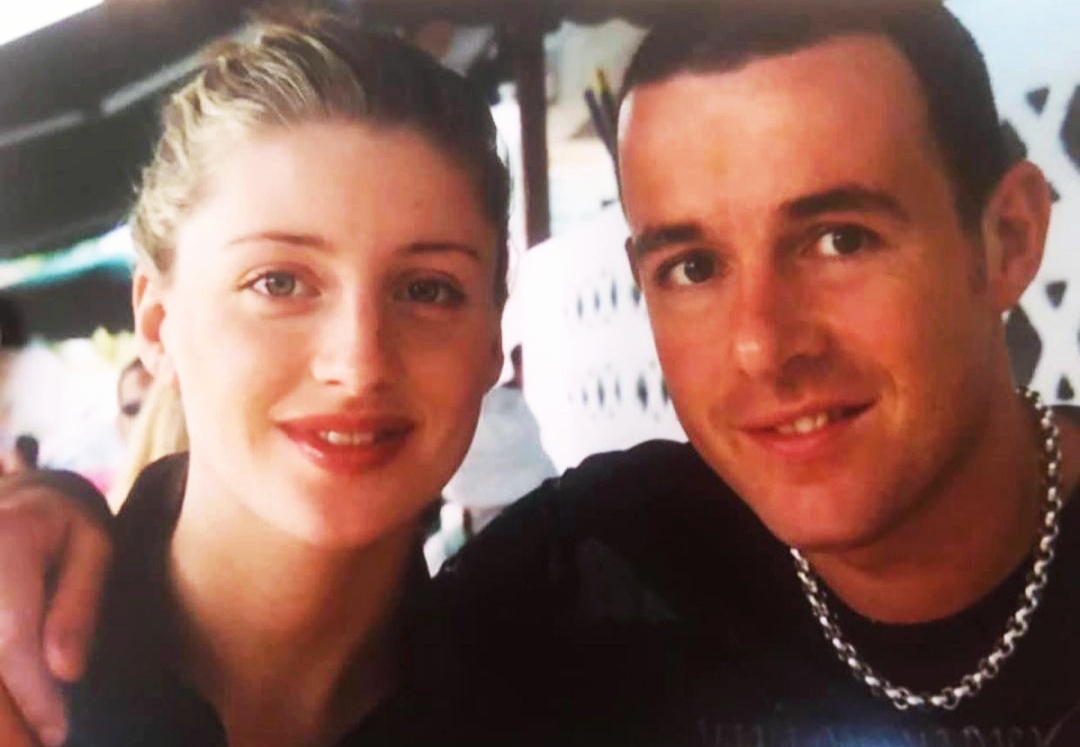 A post by Judge Jules wife Amanda Riordan on Instagram today brought back memories of a time when the island amplified a more ambient energy. Love was definitely in the air, as you can see from the picture posted by Mrs Jules, then the lead vocalist for the Judges latest project Angelic a trance collaboration with Darren Tate which released three tracks, Its My Turn doing the best of them reaching number 11 in the UK Charts. Back then Trance music was King and Judge Jules was lording it at Eden as he embarked on his iconic Judgement Sunday sessions. It was my 4th year on the island and Cafe Mambo was where it was happening back then. Miguel, who now runs Bay Bar next to Ocean Beach was the manager and the Cafe was emerging from the shadow of its more illustrious neighbour Cafe Del Mar, the iconic venue on the sunset strip in 1999.

I remember Javier Anadon working very hard to get the place established, he had just signed up BBC Radio 1 to broadcast its Ibiza Weekender event, the biggest event on the island and now into its 25th year at Mambo. If my memory serves me right, Javier had invested into Eden Nightclub with Judge Jules as he was establishing Judgement Sundays which became a huge success in San Antonio with an amazing atmosphere and all the best UK DJ’s of the time including Tall Paul, Matt Darey and John O Callaghan.

Ibiza 1999 was for me, the beginning of the end for old Ibiza. A time when we holidayed with the value of the Peseta, a currency that made everything on the island cheap. There were no commercial flights, only charter package deals, which meant you were limited to a week or two weeks holiday, arriving in on a Friday or Saturday night. A time when bar and restaurant owners would free pour shots of heirbas as a welcome gesture before you purchased not after as is the custom today. It was the era of the Holiday Rep who became so infulencial especially in The West End an area of Pub Crawls and cheap alcohol.

The locals were always delighted to see you there were no restrictive laws or people telling you what you couldn’t do. The island was still free in spirit and its energy radiated love, as Ecstacy was the drug of choice, fueling a golden era in trance music which parties like Cream, Judgement Sundays, Ferry Corsten and Paul Oakenfold. It was cheap to get into any of the clubs back then, £5 was the normal asking price, as clubbing had not become the commercial business it is today. DJ’s were paid on average £150 a night as back then it was always about the party, not the money.

I remember 1999 being the year that the British invasion of the island really took hold. The hit Sky TV show Ibiza Uncovered, the Love Island of its day, was into its third season, beaming Balearic images of sun and fun into millions of UK homes every week, accompanied by a killer soundtrack. It was also the year Energy 52 released Cafe Del Mar which really established the trance genre into mainstream culture in the UK with a cool video shot on the island and featuring the silver briefcase a symbol of trance music videos from that era. Ferry Corston and an emerging Tiesto collaborated to release Gourella and Fatboy Slim was playing the Privilege toilets at Manumission, a concept that Yann Pissenem would later incorporate into the Wild Room at Hi. I remember going to watch Norman play Bar M as a pre-party to Manumission Mondays in 98, the year he met Zoe Ball at Mambo when she was working as a radio jockette for the BBC. The summer of 99 saw Norman release, arguably his finest work to date, the timeless classic Right Here Right Now.

1999 was also the year Sven Vath introduced the island to techno when he launched Cocoon at Amnesia. I remember it well, as it was only my second time to visit the club, my first being Cream on Thursday nights. Techno had always been my favourite genre and I was so happy to hear it on the island because up to then it had all been about house and trance music. I could go on for ages recalling memories from Ibiza 1999 a year Amanda Riordan fondly recalled as “the happiest I’d ever been. We had been married for over a year and just bought a villa in Ibiza which we shared with John Kelly and his family. What fun that was”

I will always remember Ibiza 1999 as the summer of love, everybody was so happy to be there and many lasting relationships and babies were conceived on the island that year. The island’s energy felt like a teenager blossoming into a young adult, an essence so eloquently captured by Kevin and Perry.  There was no internet or mobile phones, so people connected with people and music, it was a more innocent time, full of larger than life characters, relaxed vibes and a 24-hour party scene. It was nice to be reminded of it again and thanks to Amanda Riordan for the inspiration, you can check out her blog here. I will leave you with the soundtrack from Ibiza 1999 a set by Paul Oakenfold recorded at Space as part of the BBC Radio 1 Weekender broadcast. I hope you will enjoy it.

Ibiza is no longer a Spanish backwater; it has transformed into a fashionable diva, a darling of the Instagram generation and possesses the second-highest property prices in Spain.

END_OF_DOCUMENT_TOKEN_TO_BE_REPLACED

The nine years Gee reigned as its resident DJ was a torrid and tempestuous love affair born of Ibiza and fuelled by 12-hour parties of music, drugs, sex, and wild abandon.

END_OF_DOCUMENT_TOKEN_TO_BE_REPLACED

DC10 Aims To Reopen Its Garden Terrace For Ibiza 2023

It is hoped that the garden terrace will be able to reopen this summer once remedial work is completed to the satisfaction of all parties concerned.